We are in Nairobi, Kenya and are flying further to Mombasa.

Where in gods good name do all the Mosquitos come from? And are they related to Hydras, whose heads get cut off and two replace it? Because when we kill one, at least two new ones seem to be in it’s place…

Last time we have said goodbye to the pretty little country of Uruguay, with it’s lovely people and liberal views.

The Odyssee to Iguazu or: we are currently off-season and are on strike

From Colonial del Sacramento we wanted to take a ferry to Buenos Aires and on the internet it said: 12 o’clock our ferry will take off. No problem, we checked out and went to the harbor. Oddly enough it was pretty empty, but it’s off season, so that makes sense. After getting some more information we found out: yes, it’s off-season, which is why the next ferry is not coming at 12pm, but at 5pm.

Just great, so let’s chill at the harbor for 5 hours. The Internet sucks here, so that we try for multiple hours to buy our bus ticket, which also does not work. Oh well, at some point we arrive in Buenos Aires and need to find the bus terminal. We even find it, although we again forgot to download the new map on MapsMe. A little bit of asking usually helps.

At last we were in our night bus, which was supposed to get us to Iguazu at 11am the next morning. That would’ve worked, at least if there weren’t strikes due to the high fuel prices. So the bus driver thought it would be the best Idea to lock us in the bus for the three hours we had to wait for the strike to disperse. The whole thing was of course including burning tires. 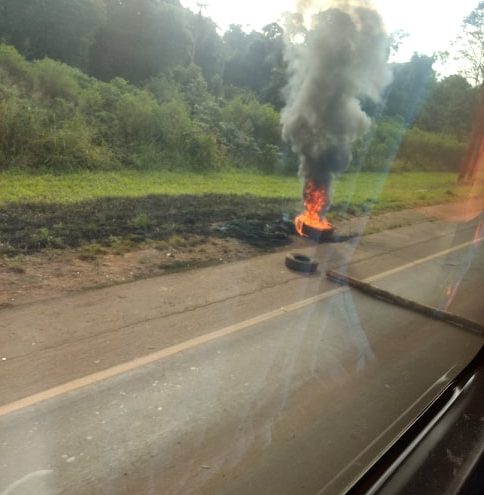 If the bus then wouldn’t have had a breakdown and we didn’t have to get unto another much more uncomfortable bus a little later, then our relaxed 17 hour bus drive wouldn’t have turned into a relaxed 21 hour one.

We are in Iguazu, what about you?

After all the mishaps we have finally made it to Iguazu and had a wonderful time.

You could walk from our room to the point where Argentina meets Paraguay and Brasil. (left Paraguay, right Brasil and in the front of course Argentina) 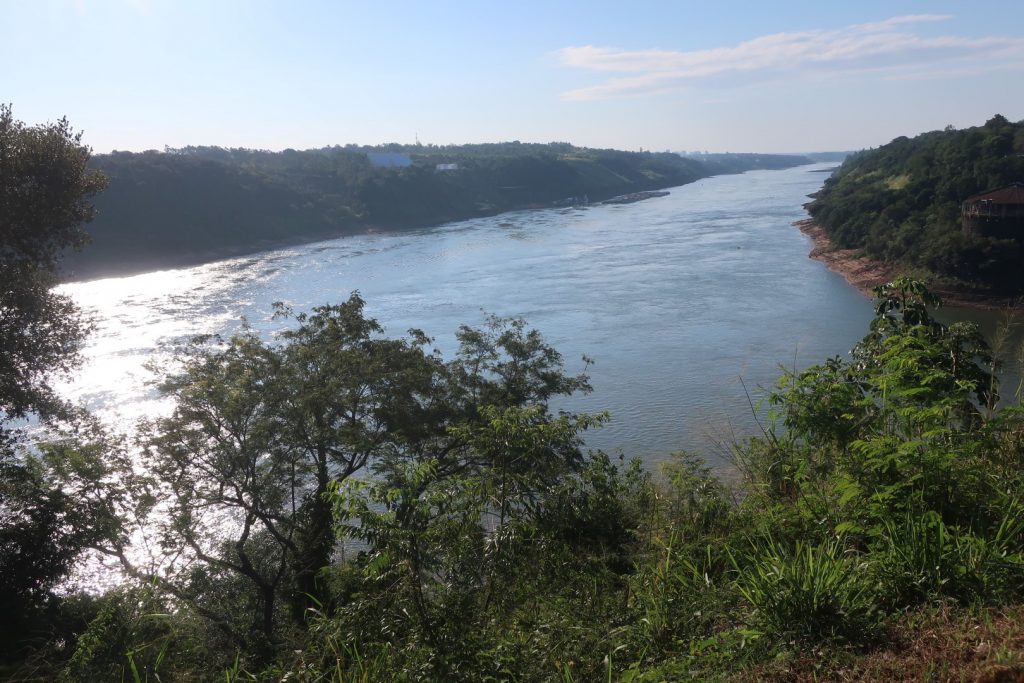 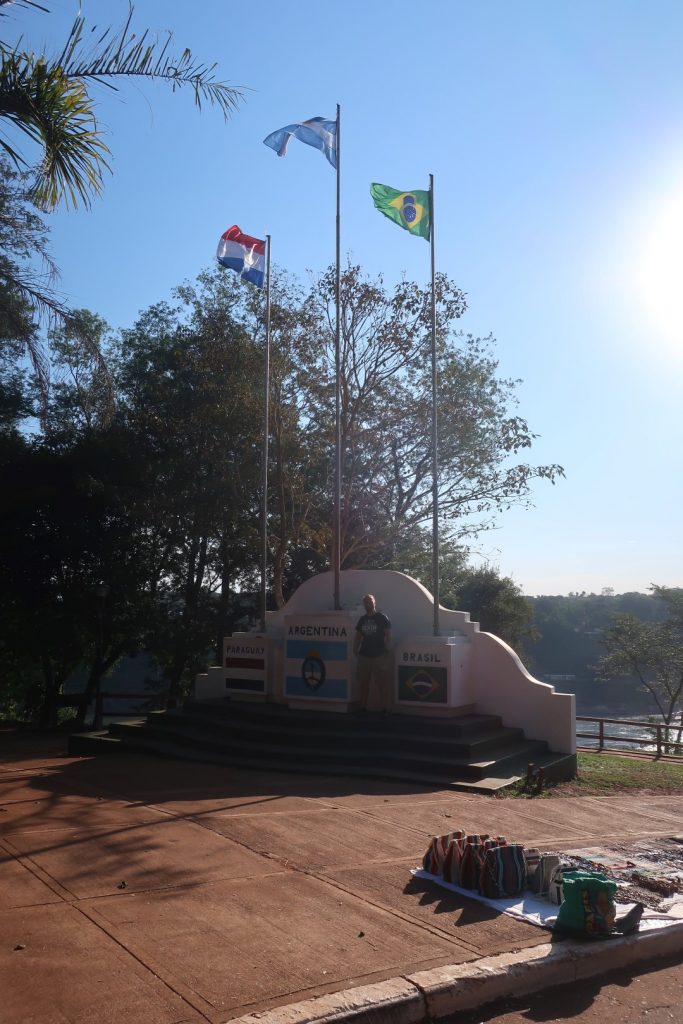 Randomly at the moment we were in Iguazu there was a big event called “Iguazu in Concert”. In many parts of Iguazu there were concerts and we were there for the “grand finale” and were able to see a big concert with a huge orchestra. 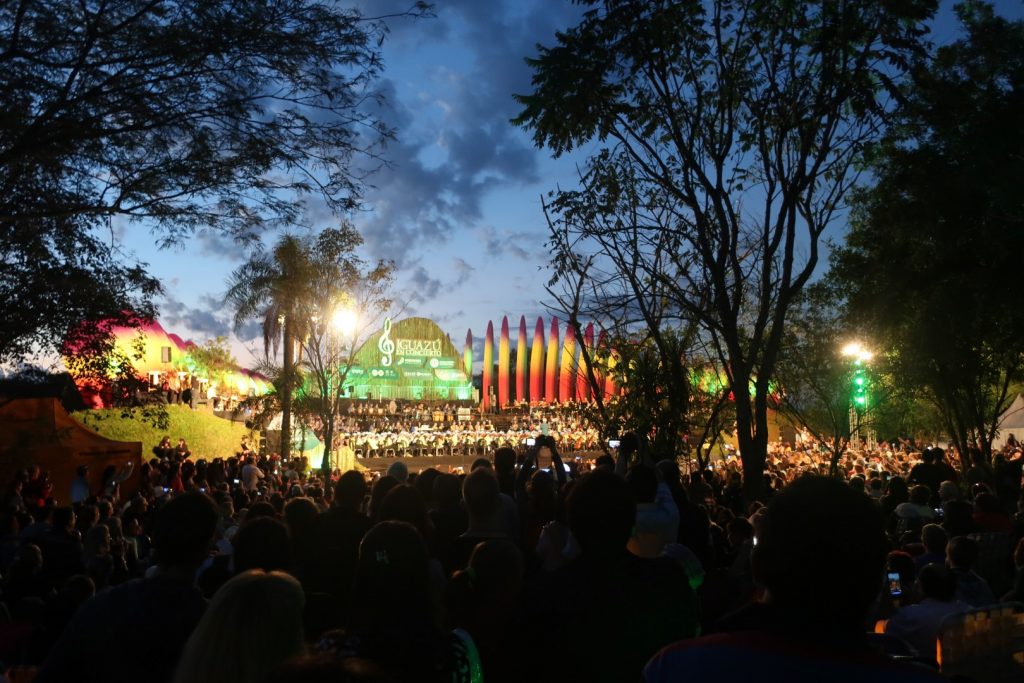 And another thing before we start, there is a real coati-plague. Very cute, but also sometimes very annoying, since they always try to get food from you. 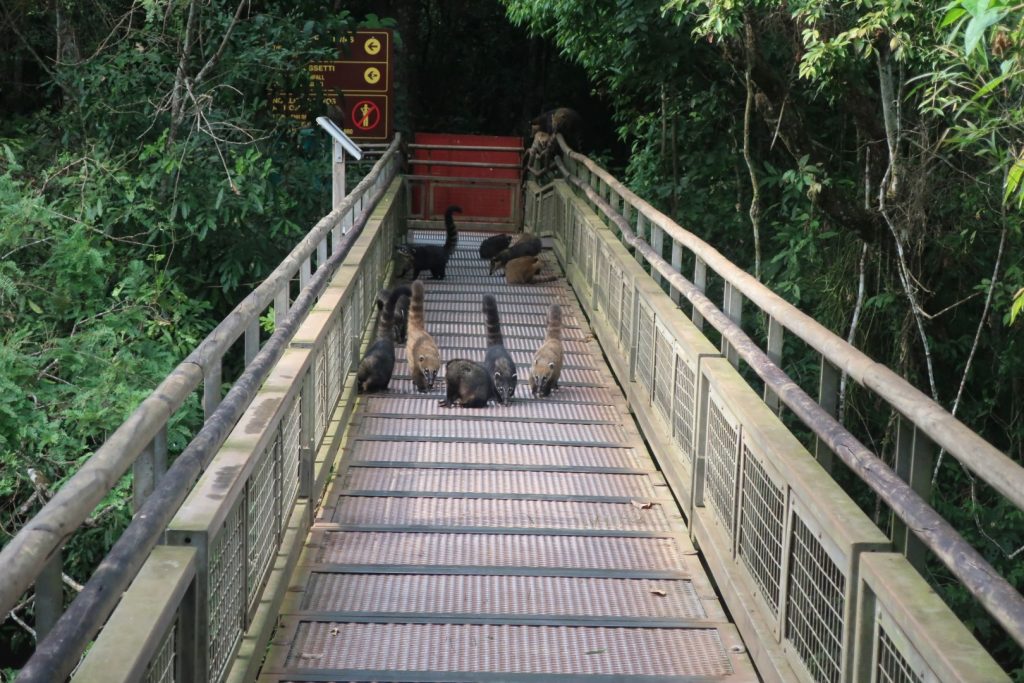 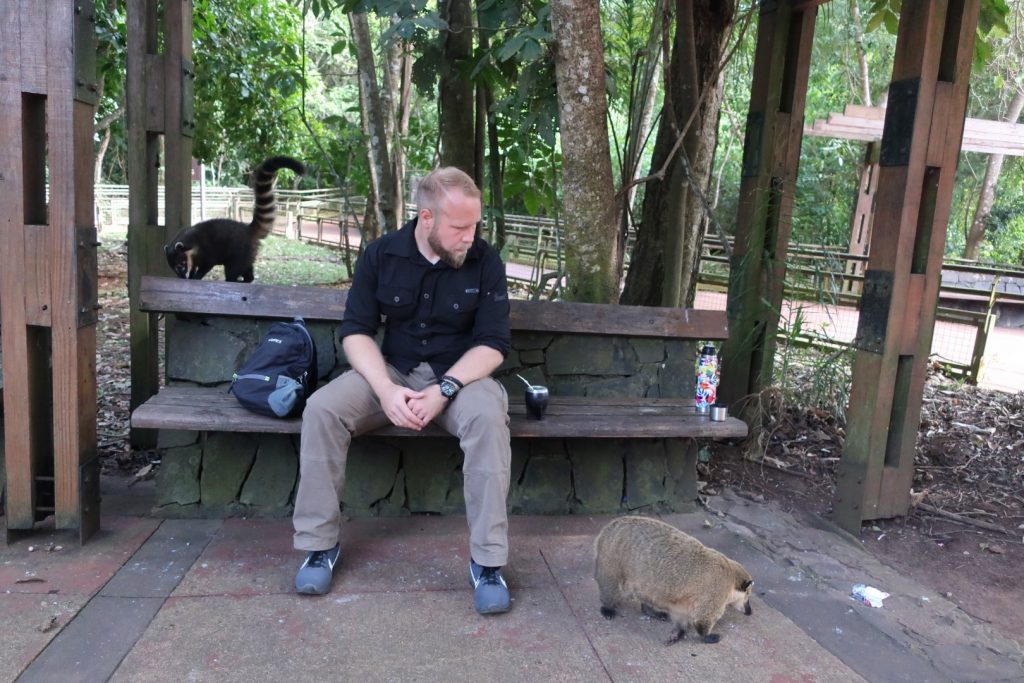 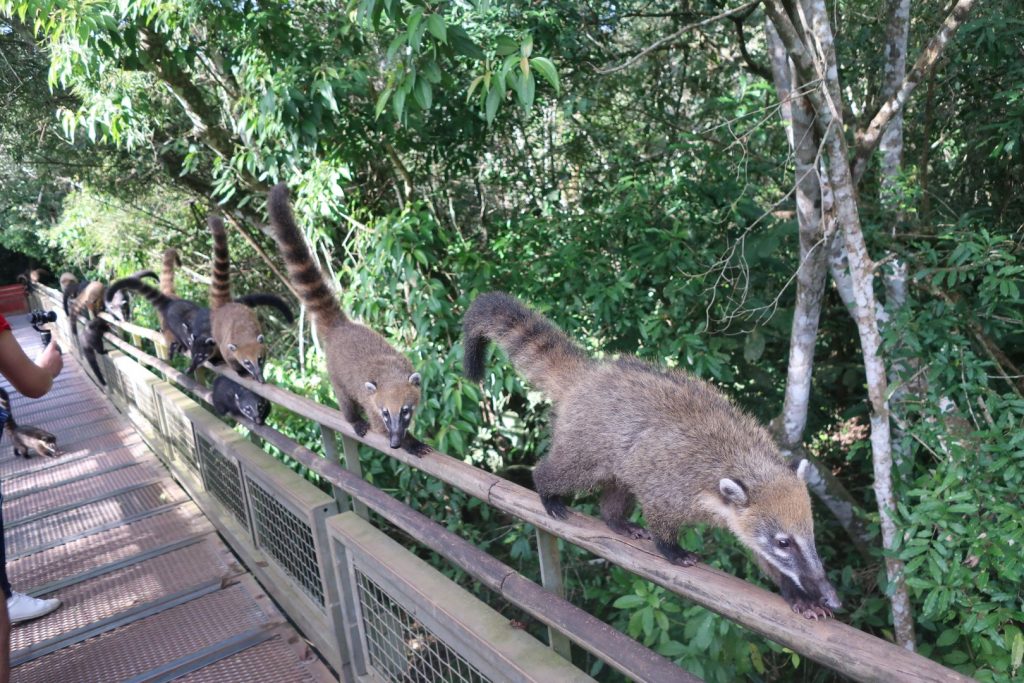 I think for the Iguazu waterfalls pictures say way more than words, so prepare to be dazzled 🙂 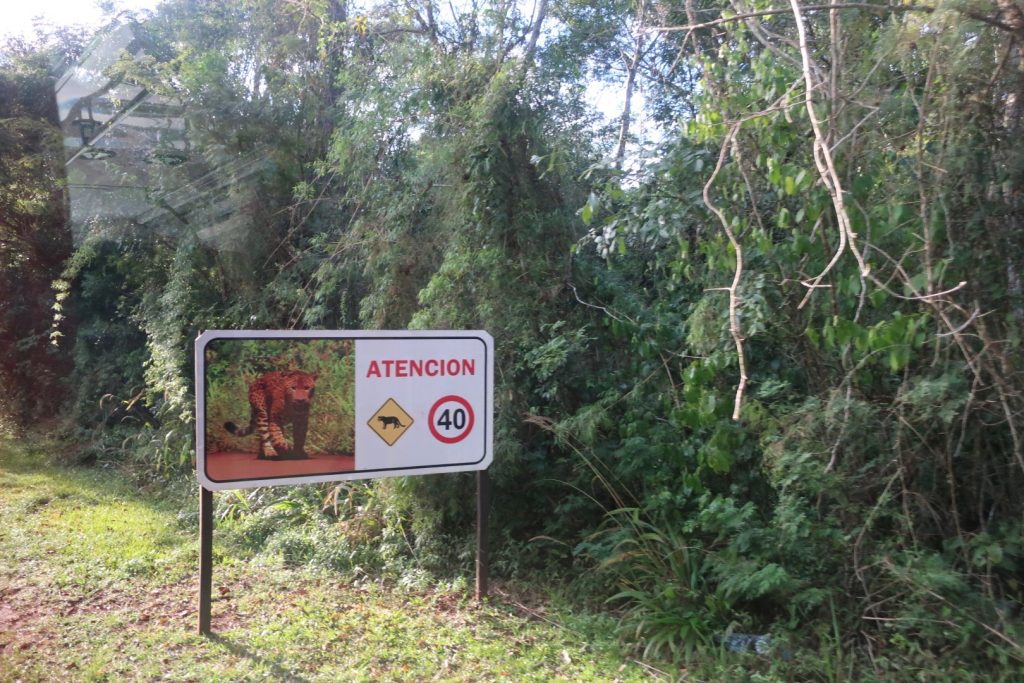 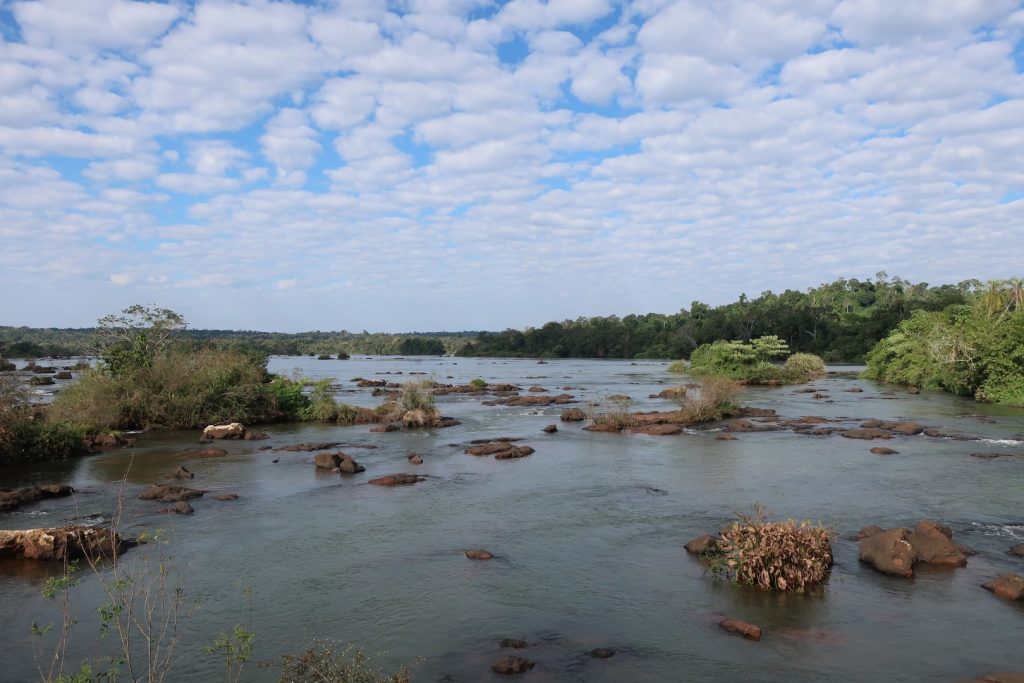 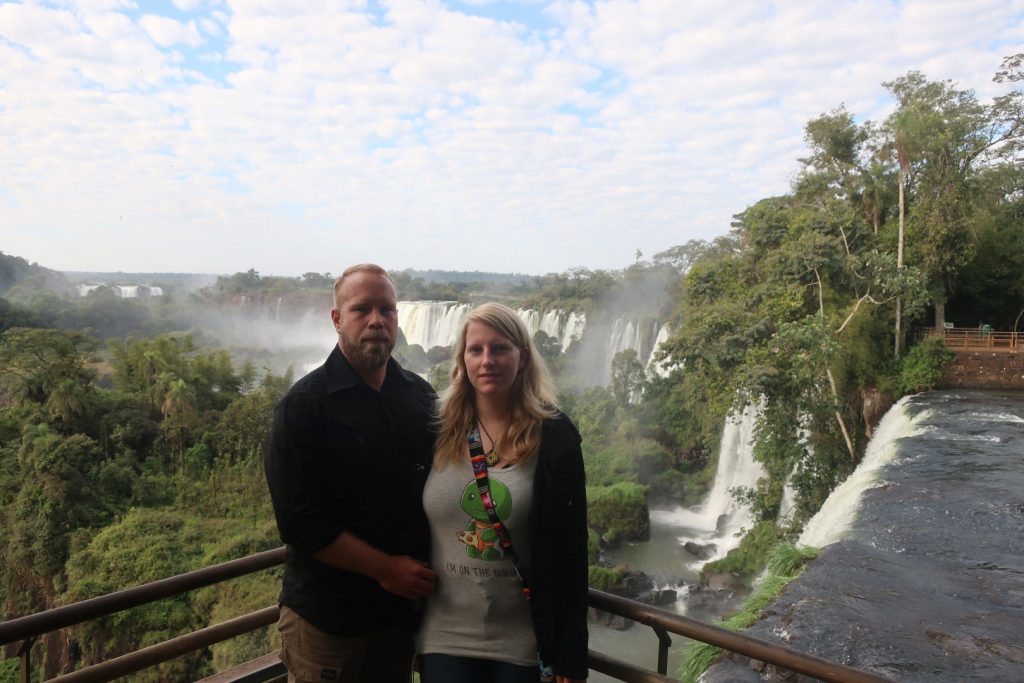 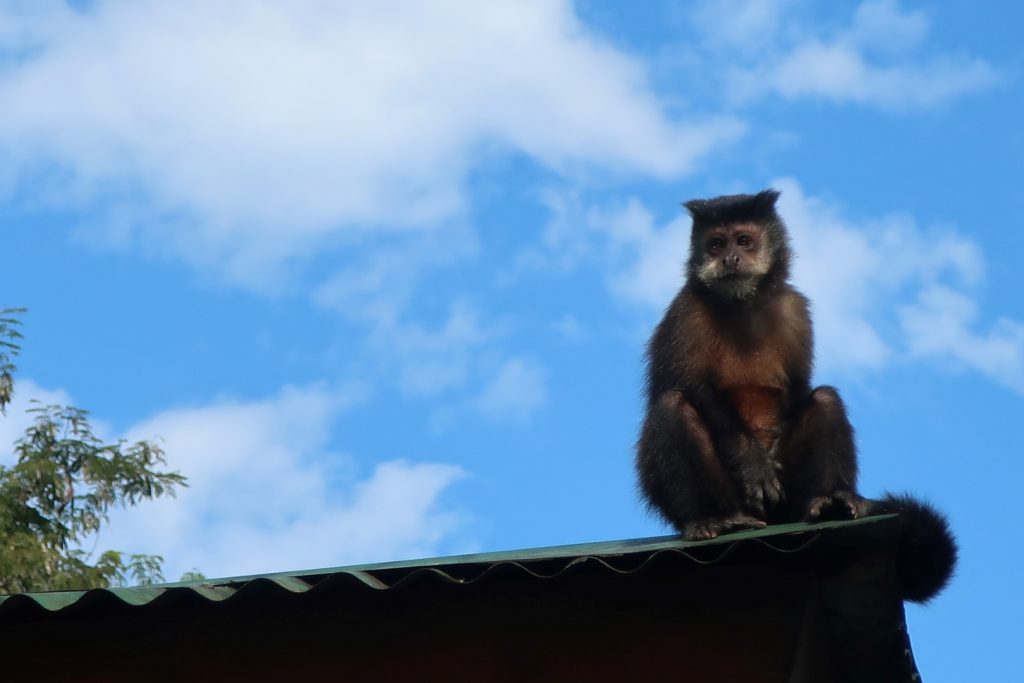 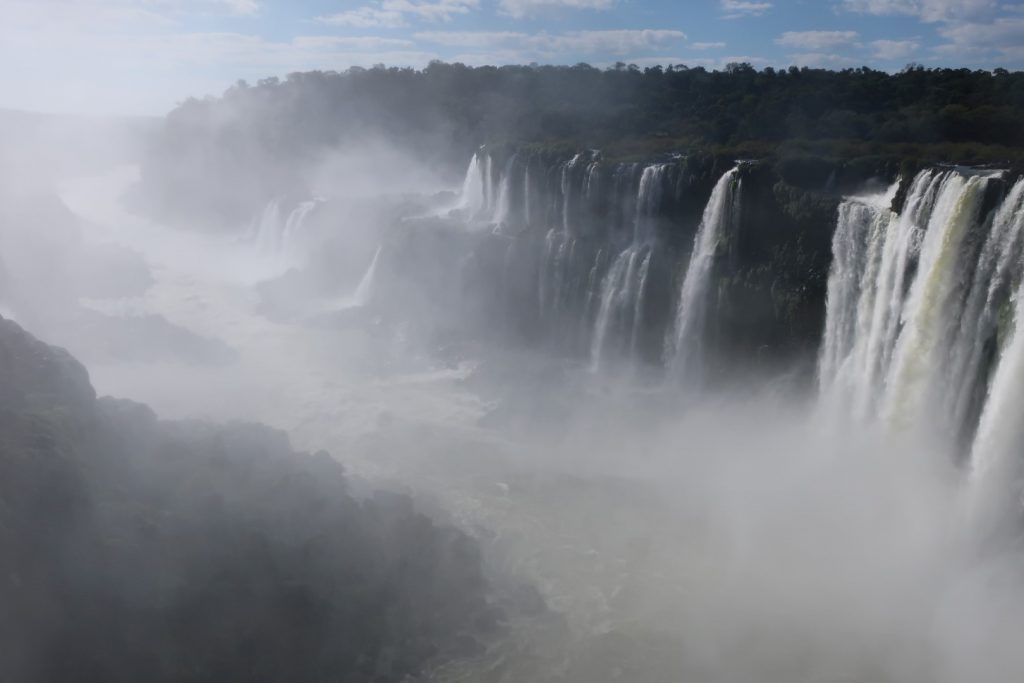 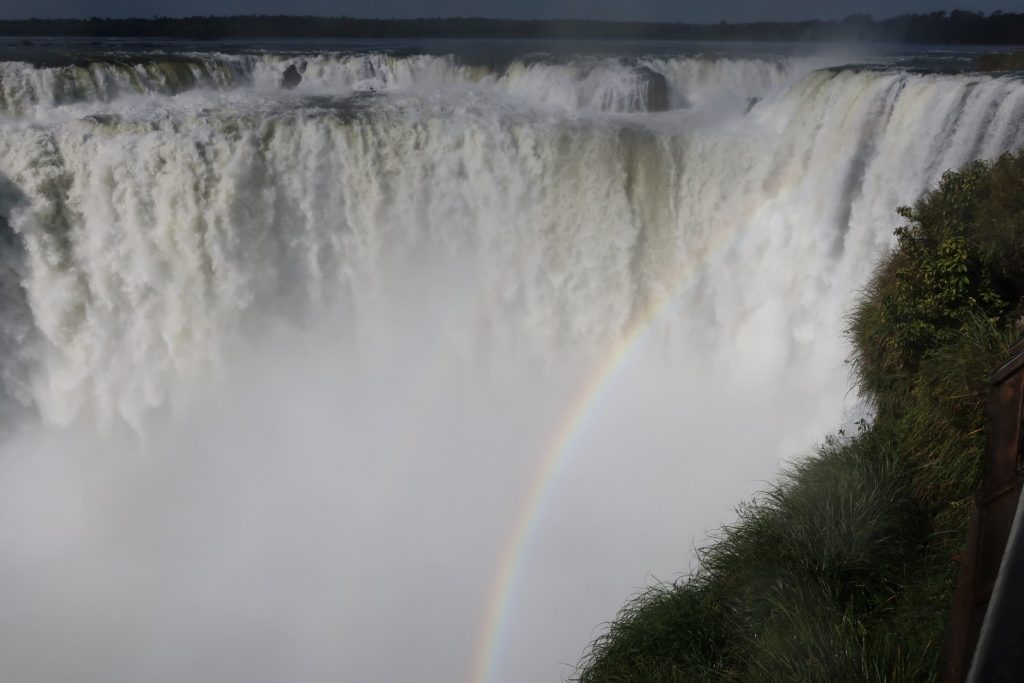 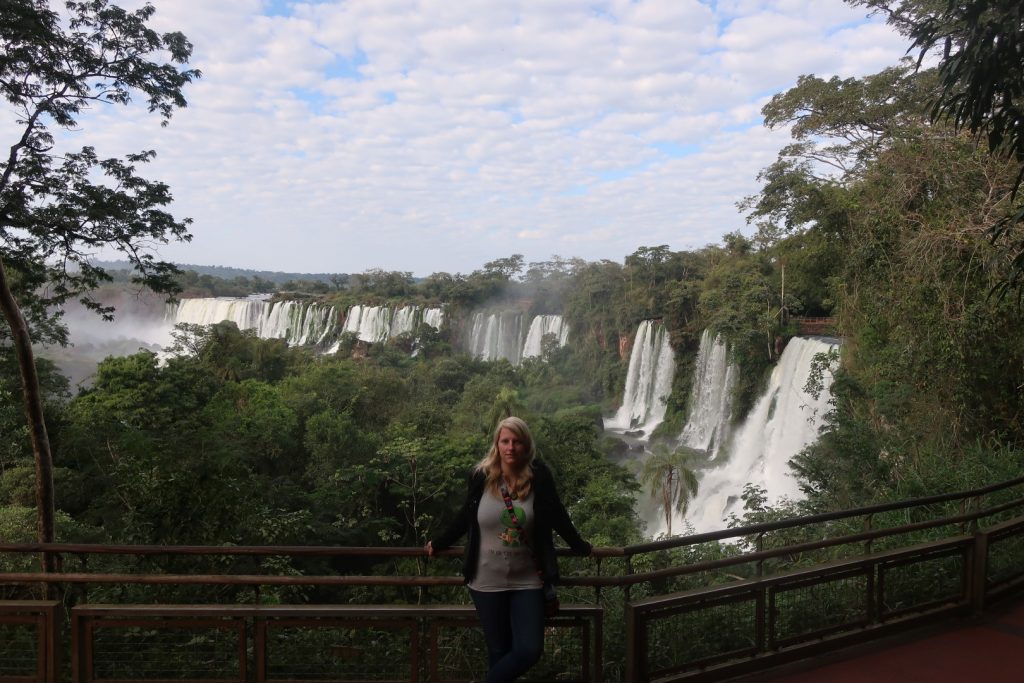 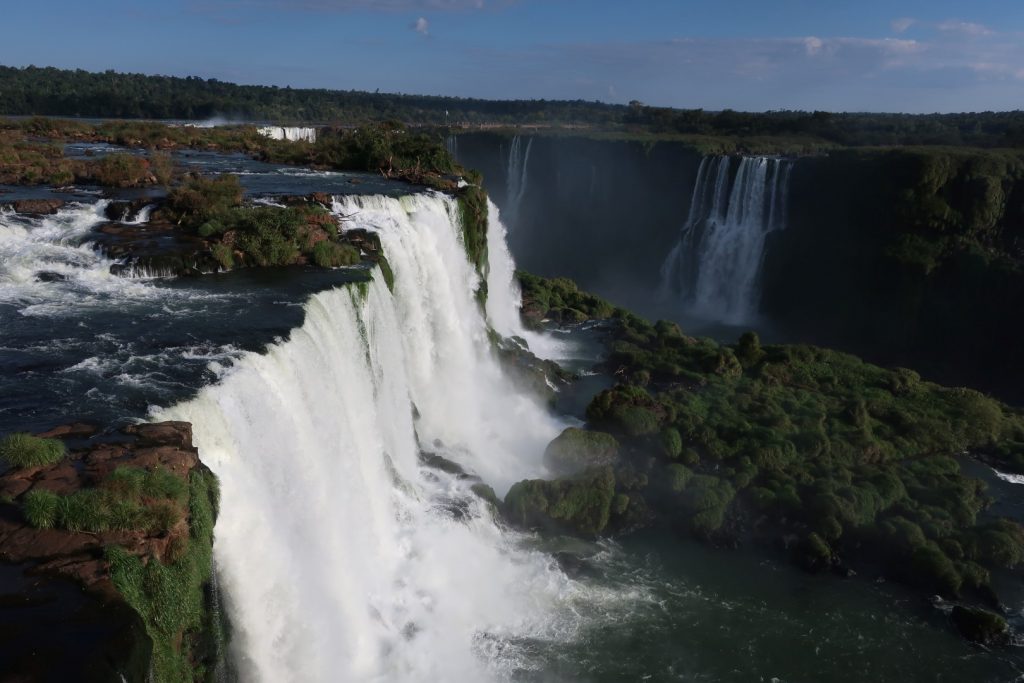 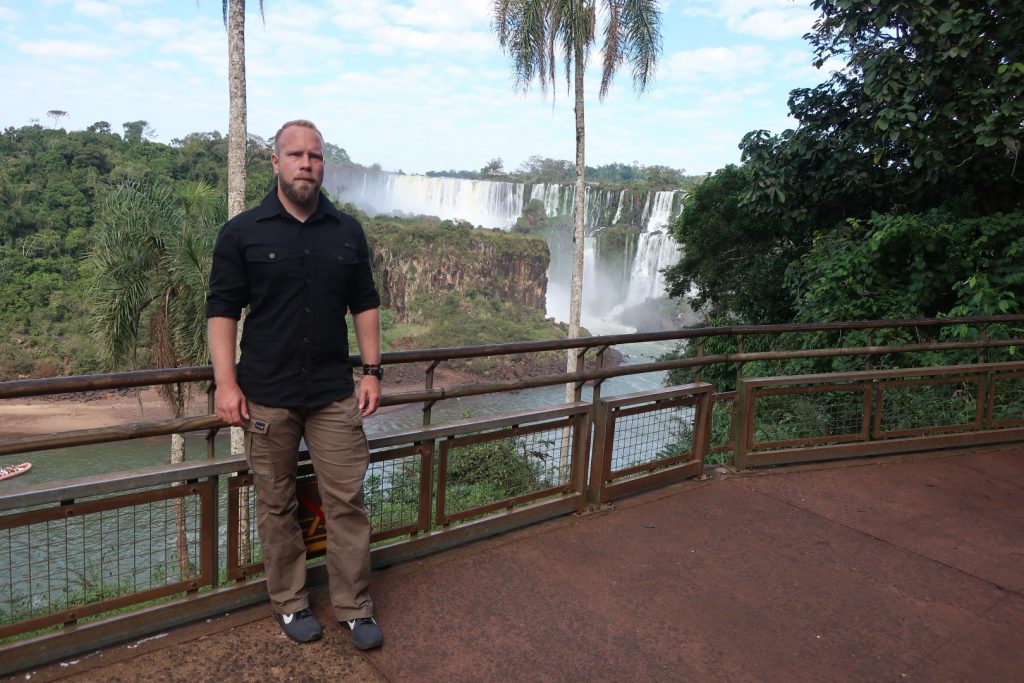 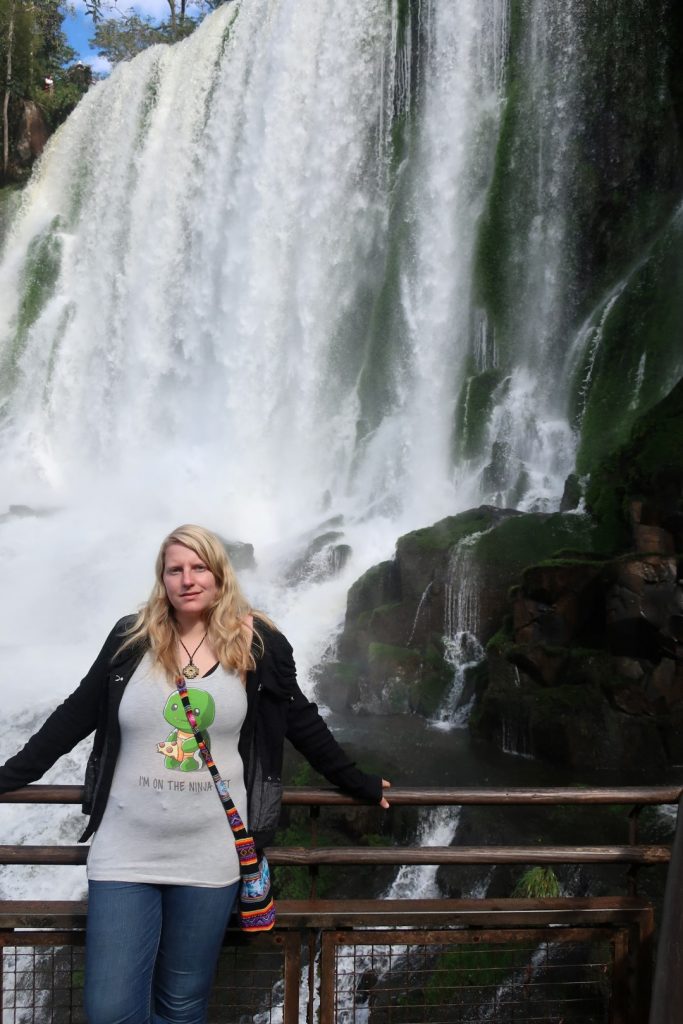 The beautiful thing on the argentinian side is not only, that you can stand on top of the waterfall, but also that there are so many hiking trails. 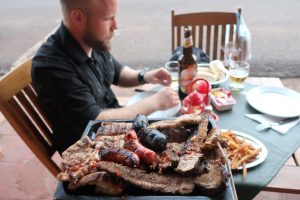 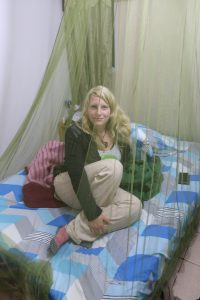 Onto the brasilian side

The pictures talk for themselves, the brasilian side is unbelievably pretty, but you cannot spend much time there and you see much less from the waterfalls than on the argentinian side. 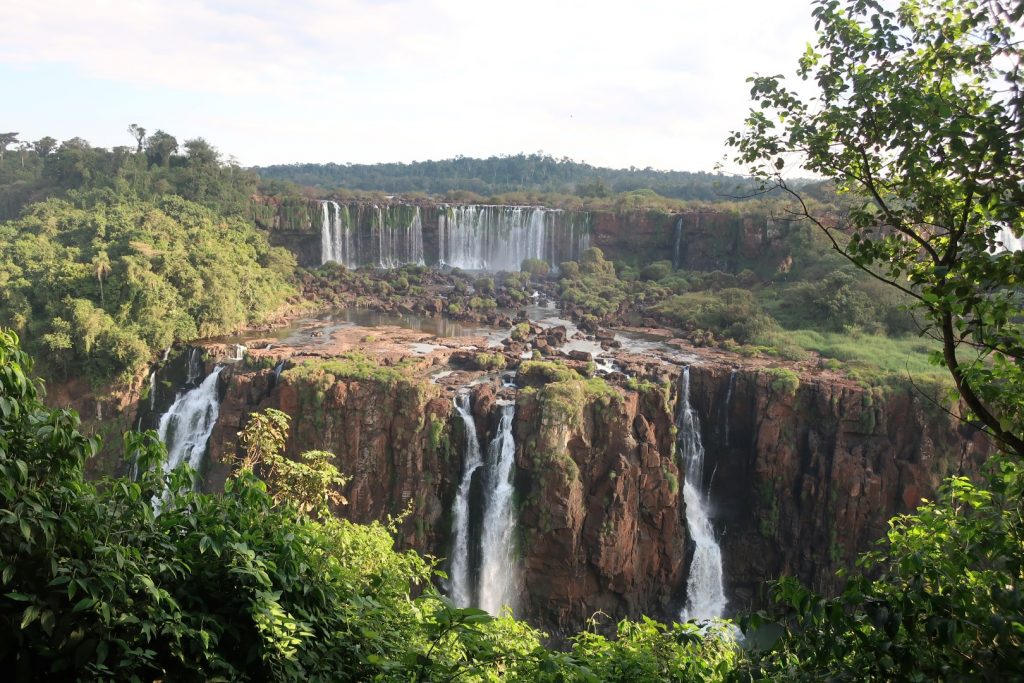 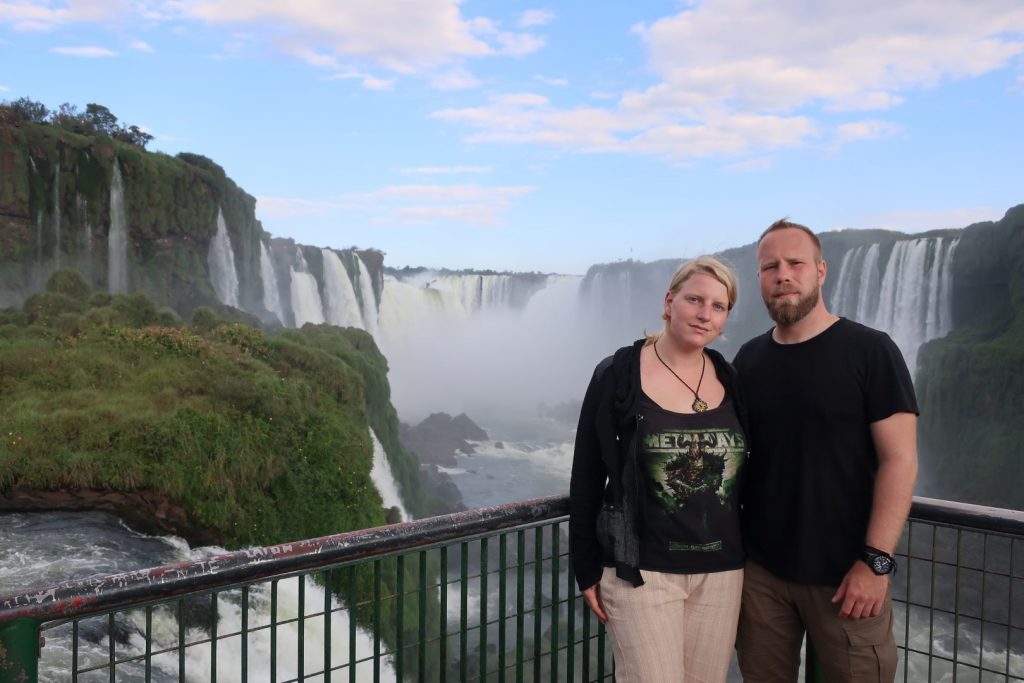 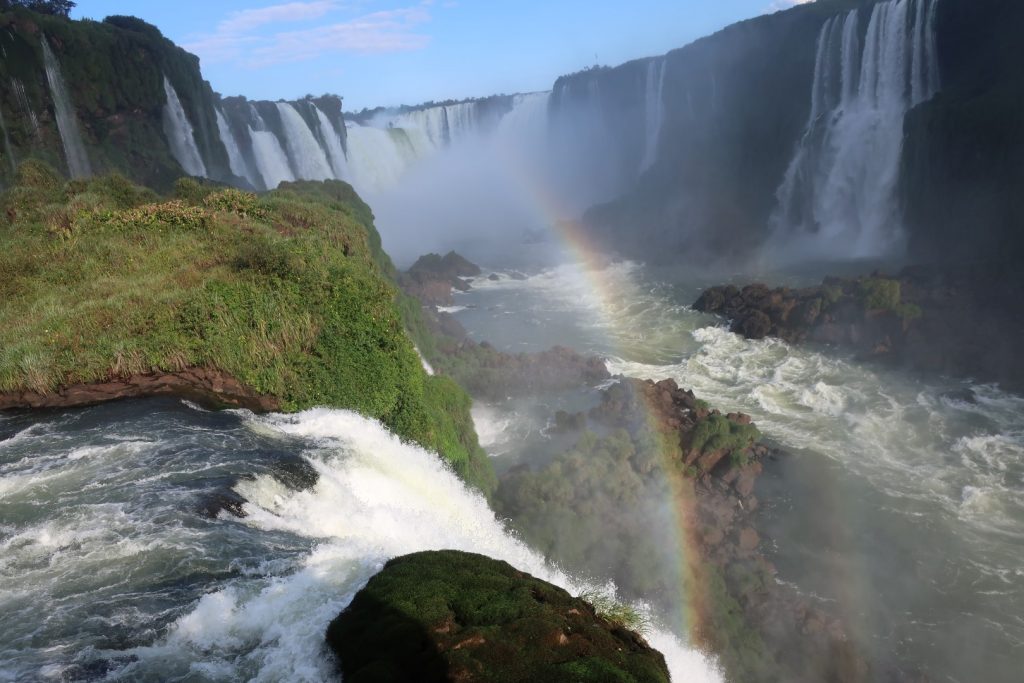 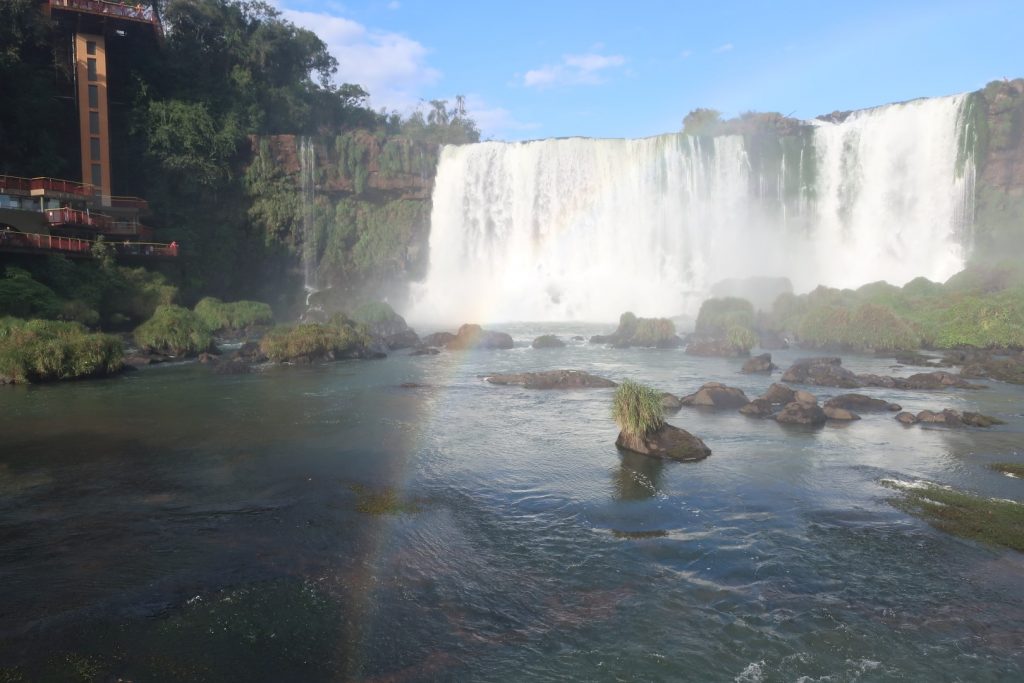 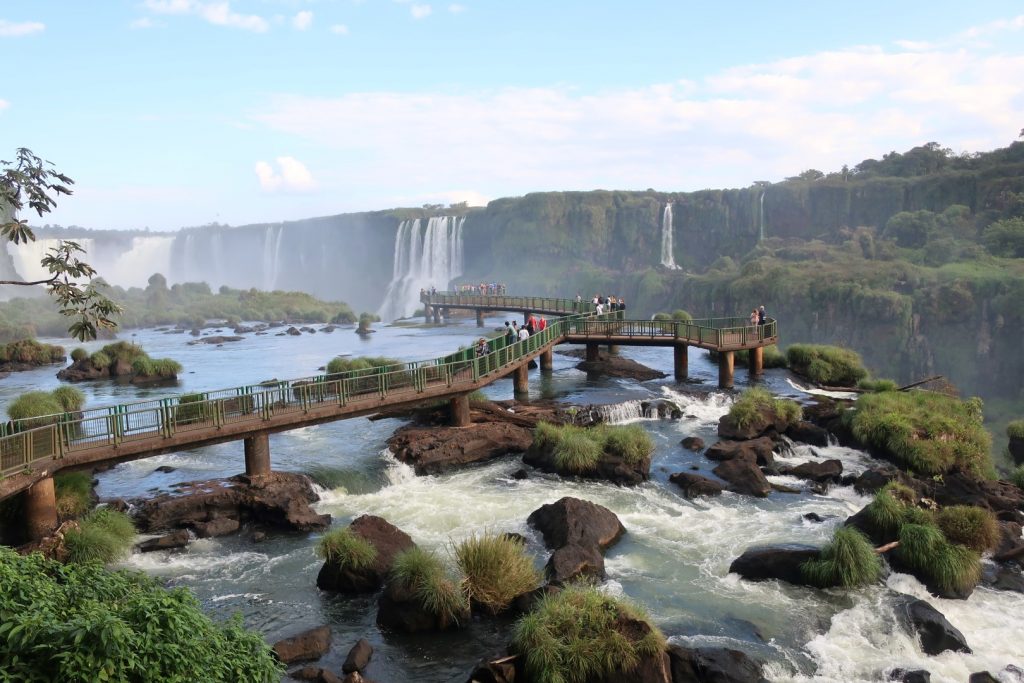 It makes sense, that the waterfalls are one of the highlights of a south-american vacation 🙂

See you next time, when you’ll find out why our stay in Argentinia turned out much shorter than we planned!

One Reply to “Argentinia, stuck between 3 countries and numerous waterfalls”