We are at Diani Beach in Kenya.

As the youth would say: “chilled”. We had a real vacation with chilling at the beach and not doing much of anything. That was relaxing.

There is really someone who is collecting empty chips wrappers and pays you money if you bring them from countries in which he hasn’t been?

We wrote our first Argentina post with the breathtaking Iguazu Falls. You’ll find this one here.

Our next stop in Argentina should be in Salta. If you look at the whole thing in a map, you’ll notice there is something in the way of that. 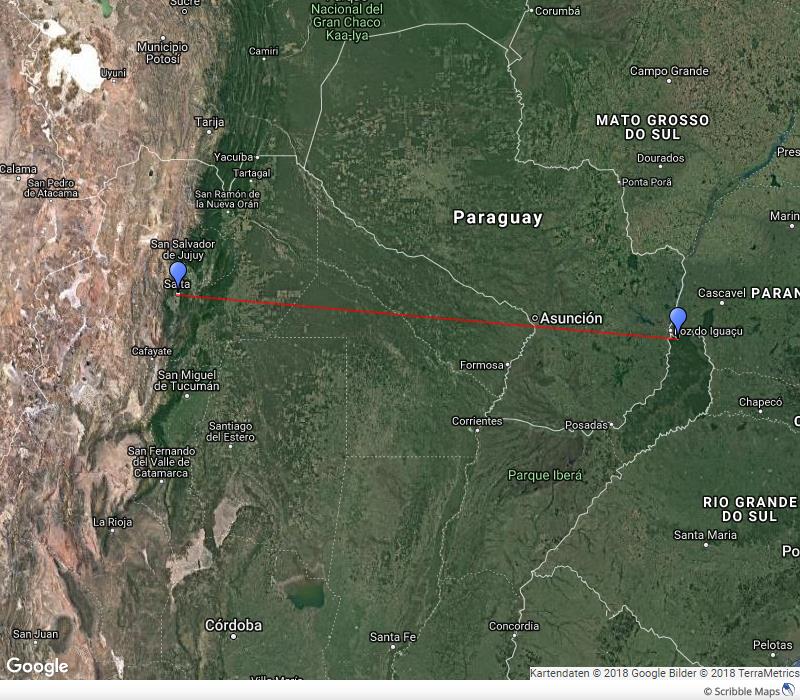 We informed ourselves a little about Paraguay and decided to stay there for a little while. Mostly we were interested about the atlantic rainforest.

The virgin forest reserve “Cordillera San Rafael” is located in southeastern Paraguay. The sanctuary is 73.000 hectare (730 km²) in size and is one of the last remaining larger sections of Atlantic Forest.

So we drove with a bus to Encarnación in Paraguay and spent 2 nights there to shop and relax. Everyone was so happy to see Björn, a real viking. We were even stopped so some strangers could get their friends and they were also able to see a real live viking ( obviously, not many bright people visit Paraguay ).

In the supermarket you could also, as in the whole of South America find quite passable amounts of meat. 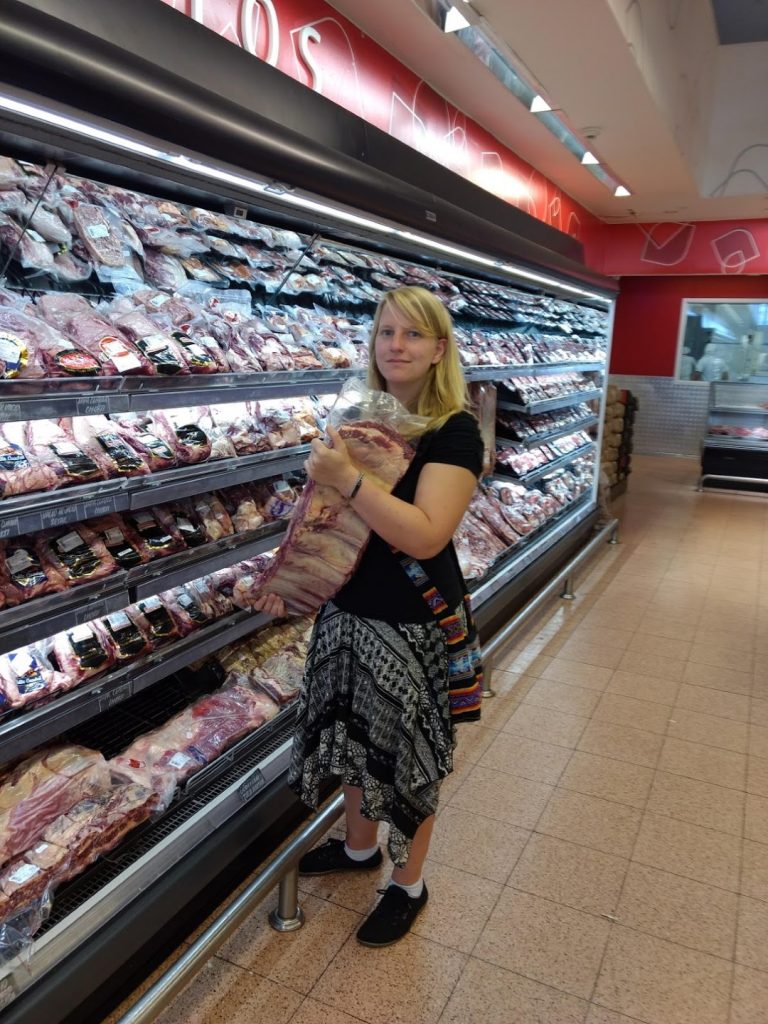 From Encarnación we took a trustworthy looking bus to the stop from which we were supposed to be picked up to San Rafael. And it just rained a little into the bus. 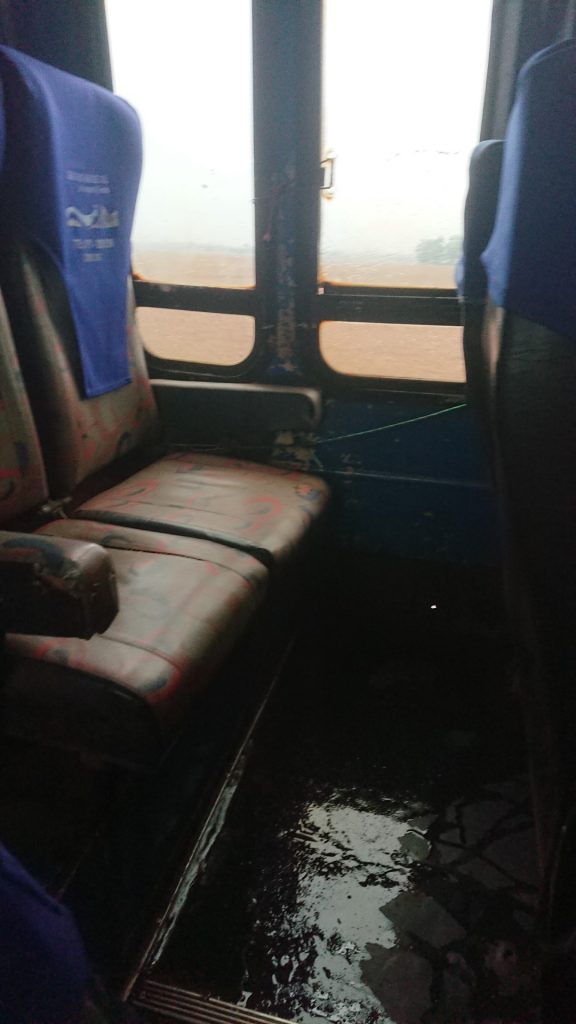 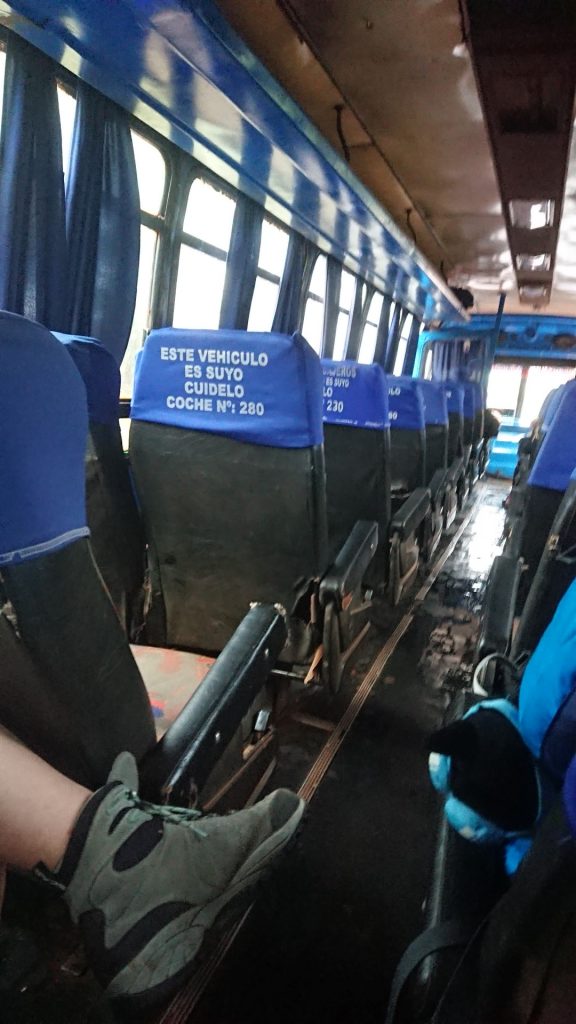 In the rainforest while raining with lots of rain

We were greeted by the very nice Hans from switzerland, who has made the part of the rainforest we were in into a private reserve and founded the environmental organization “Pro Cosara”.

The Atlantic Forest is one of the earth’s most endangered and biologically rich ecological systems. Originally, the Atlantic Forest covered eastern Paraguay, northeastern Argentina and the area along the Atlantic coast from south to northeastern Brazil. Of the almost 2 million km², which it once covered, today, only approximately 7 % of its original size remains because of massive clearing. The forest is now sparse and mainly consists of scattered isolated islands. These forests form important ecological niches for birds, mammals, reptiles, butterflies and plants. Approximately 8,500 of these animal and plant species are endemic, i.e. they are native to the ecological conditions of the Atlantic Forest and only exist in this region. Extinction threatens many of these animal and plant species. The Atlantic Forest is considered to be one of the earth’s 25 most important biological “Hotspots”.

We were left at our nice hut and given a map of the area with several hiking trails we could take through the rainforest in our three-night-stay. 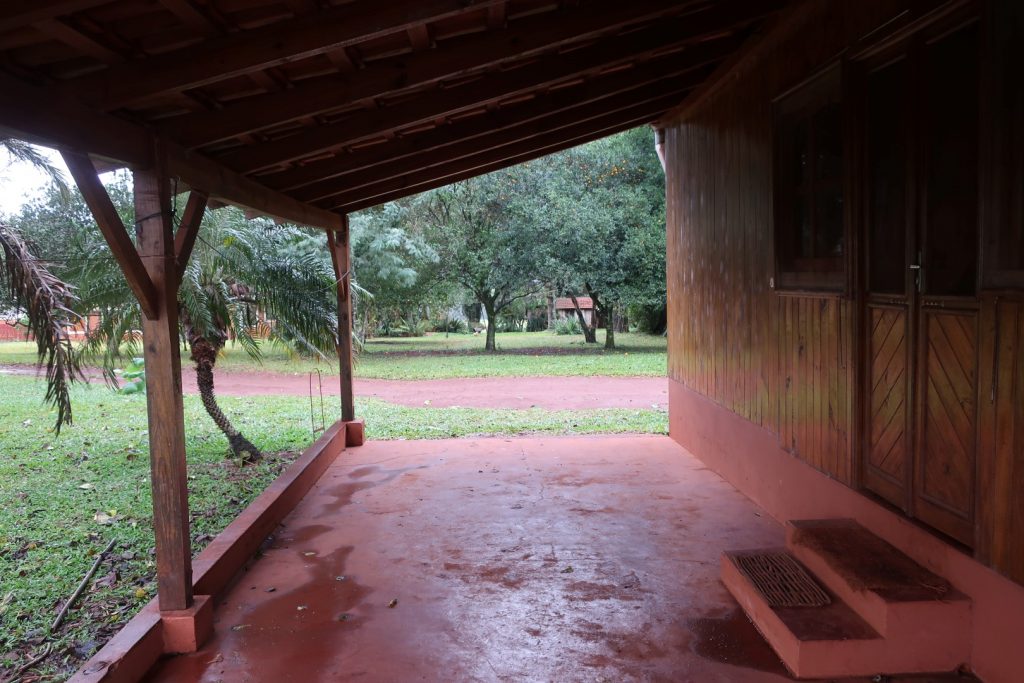 When he was already ready to say good bye, I asked if we need to be aware of anything, like safety rules. I mean, we are in a rainforest with who knows what kinds of animals. We were told that when crossing big tree stumps, we should go on top and look below, and also jump a little farther from the tree, in case there are snakes there. Which was really unlikely considering the season and the rain at the moment.

Well, that was it already 😀

Originally I expected that you could only go into the rainforest with an experienced guide, but it was pretty cool that we could roam around on our own.

Now with what we experienced so far, I wouldn’t have felt unsafe in that situation anymore. But back than that situation left me with some discomfort. Since I am still writing, that was rather an unfounded fear.

So we used the days to check out the wonderful rainforest. Even though we had constant rain and storms it was still awesome and the hazy weather gave the rainforest it’s own special flair. Also we had the right clothes with us 😉 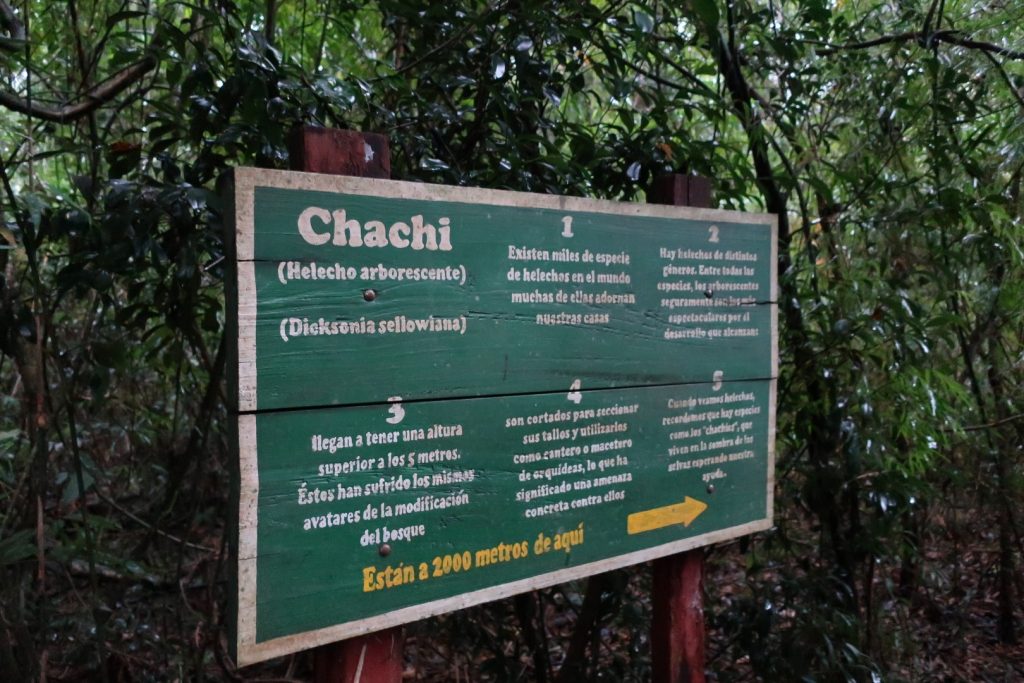 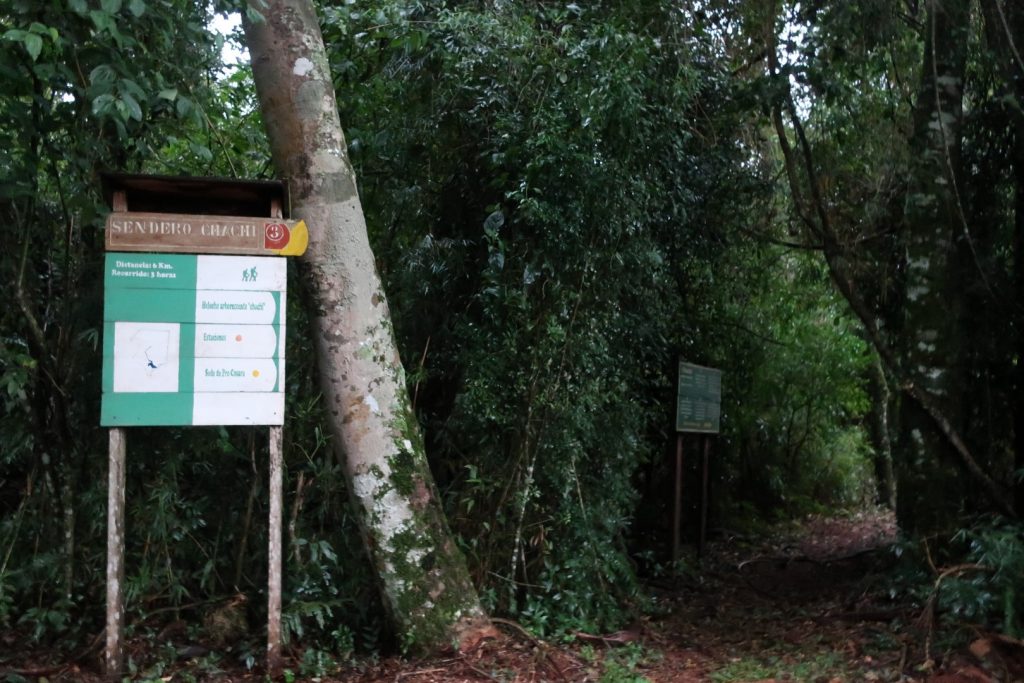 Although we haven’t seen any animals due to the rain (besides some birdies) it was relaxing and great to be roaming the rainforest. 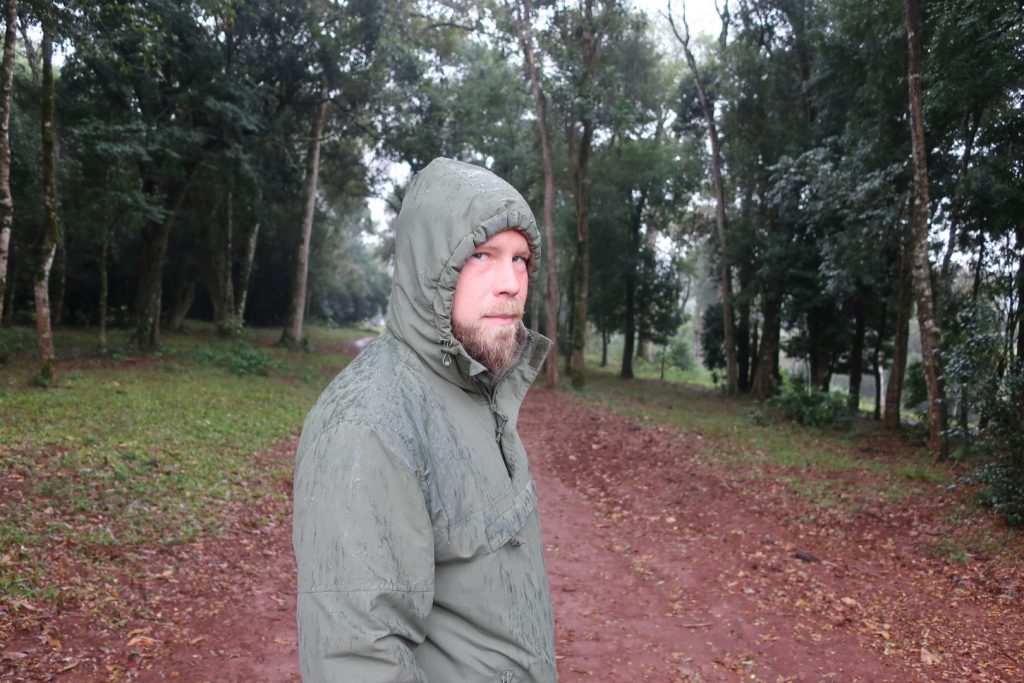 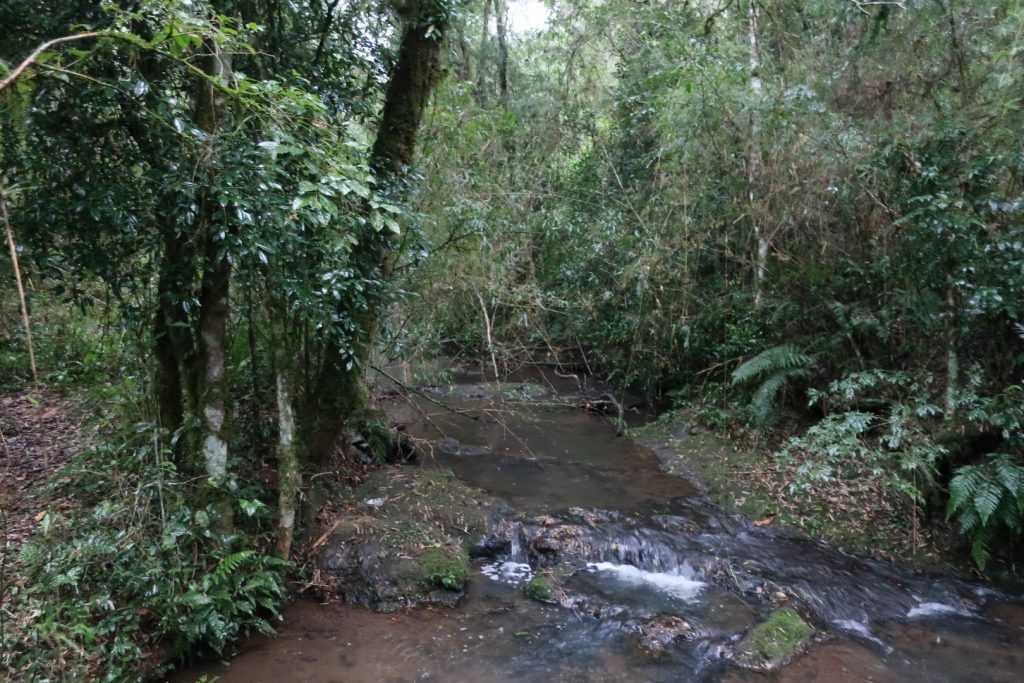 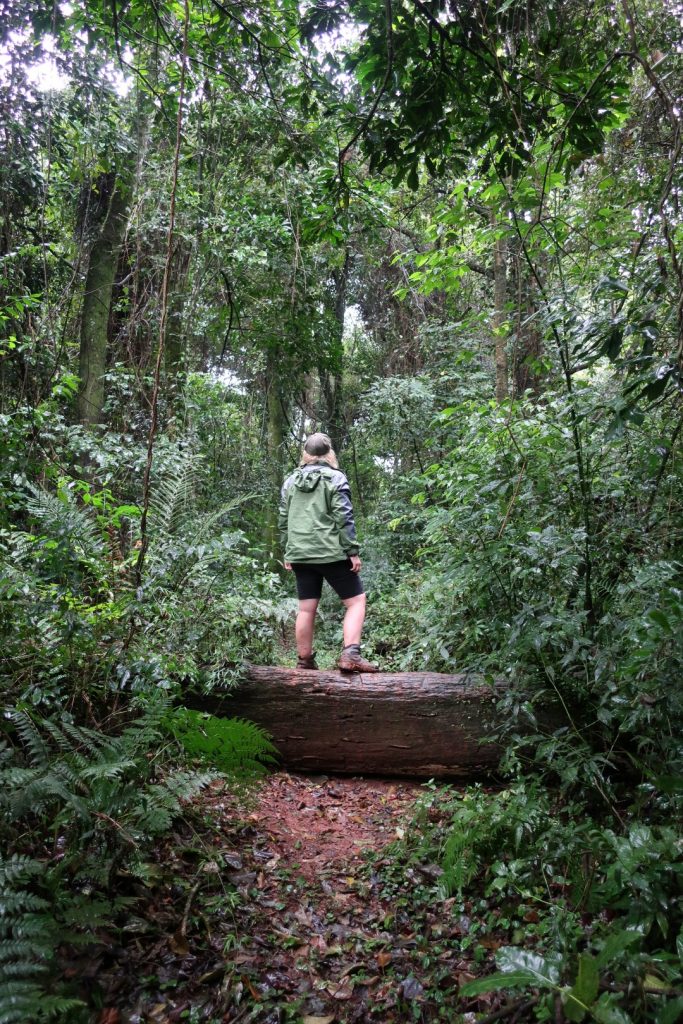 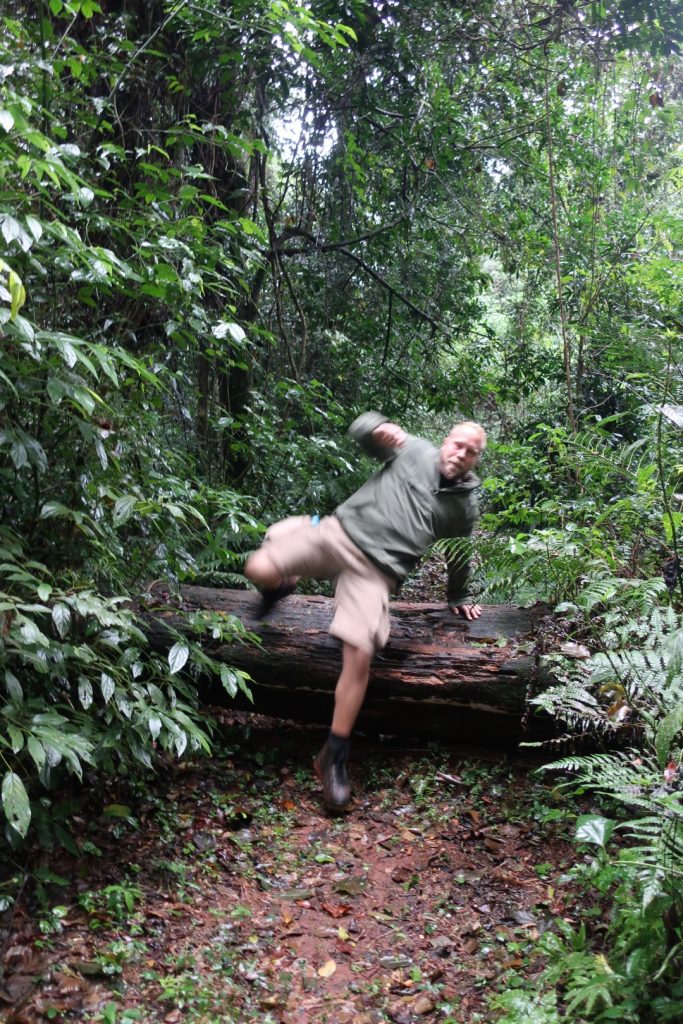 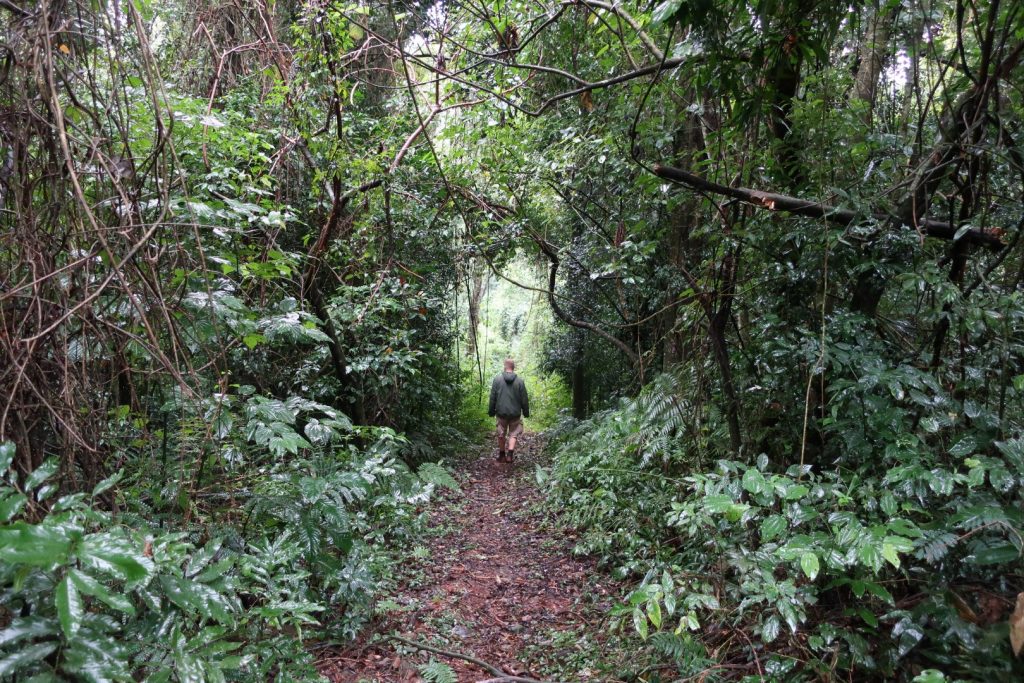 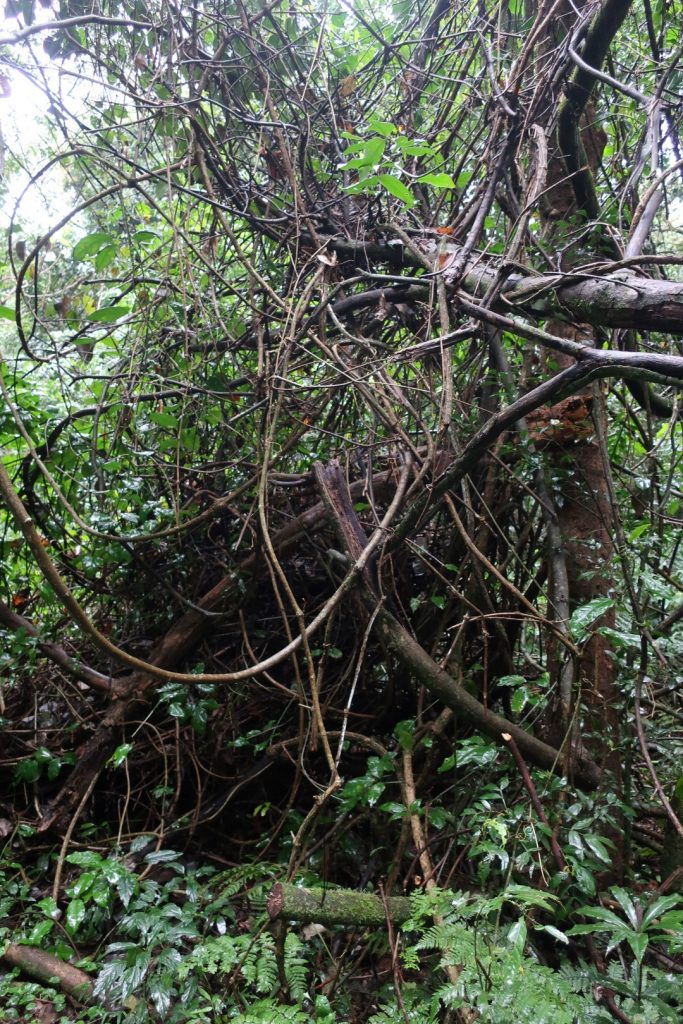 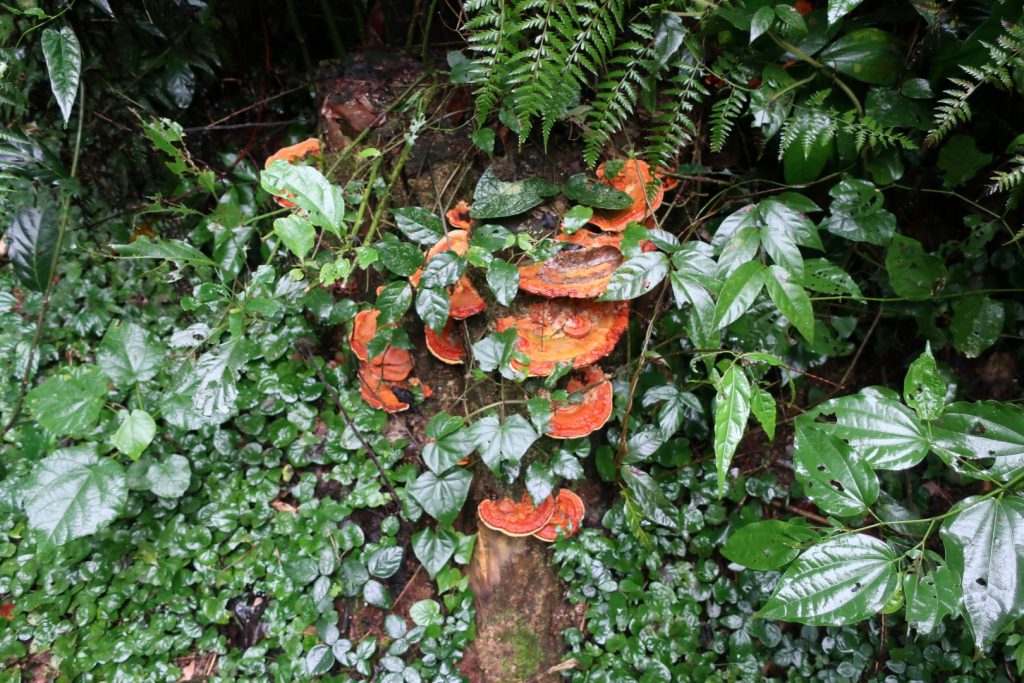 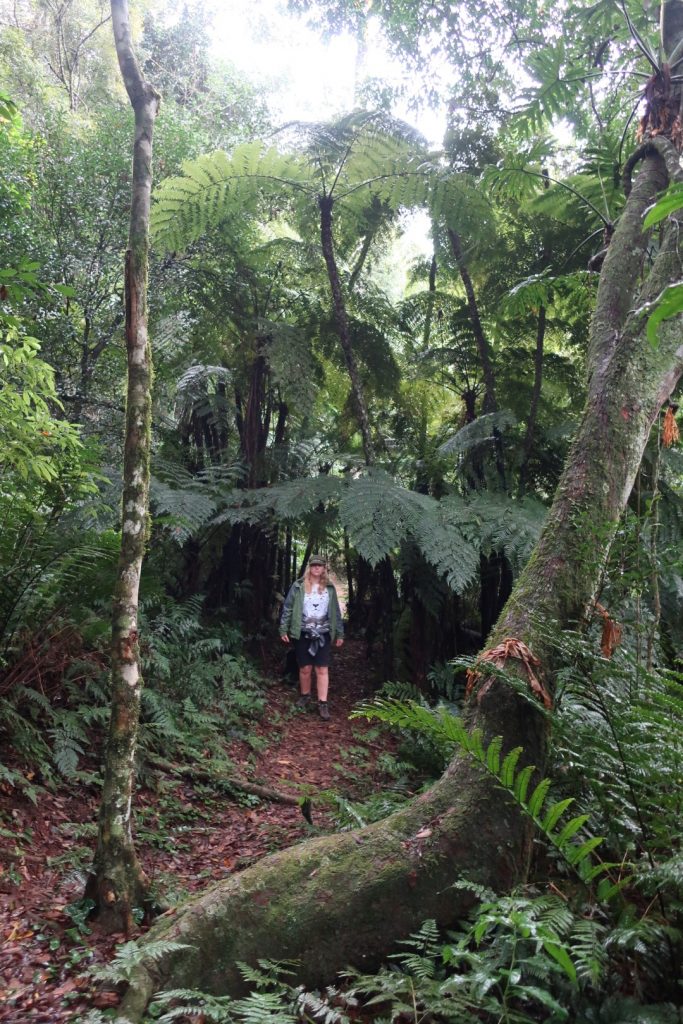 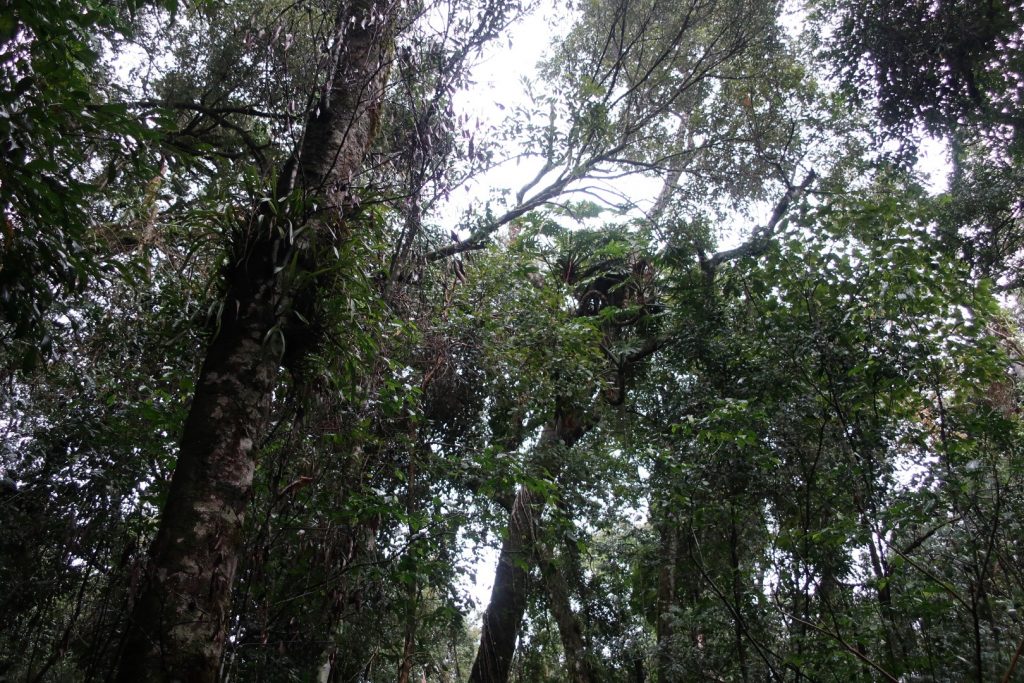 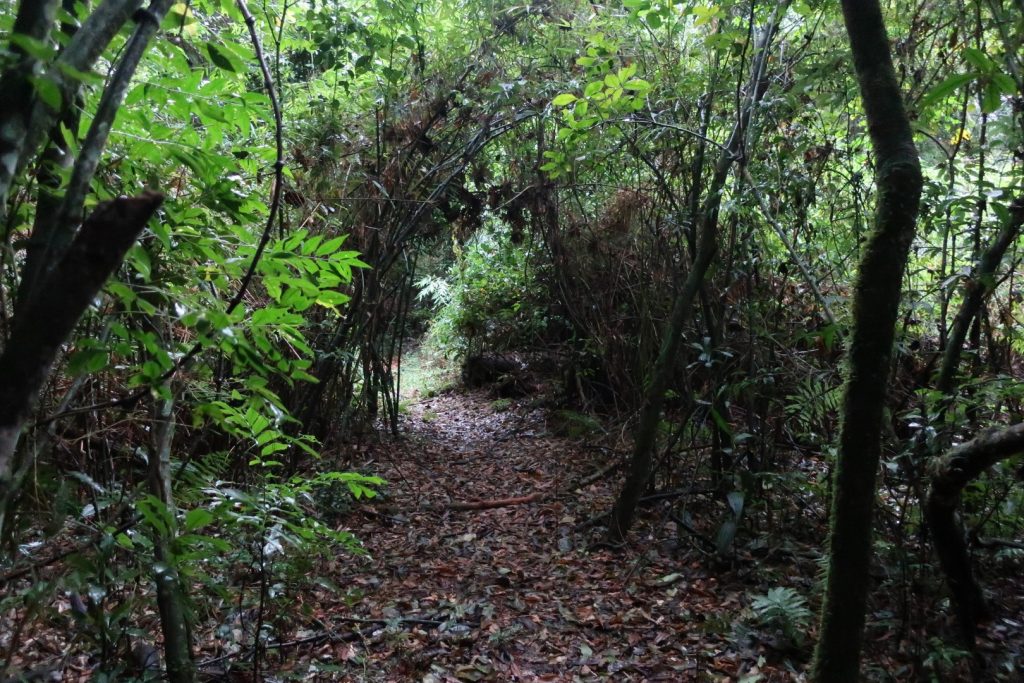 Also there was a cool lake in which we could’ve gone swimming. But since we were almost swimming while walking we passed in that 😉 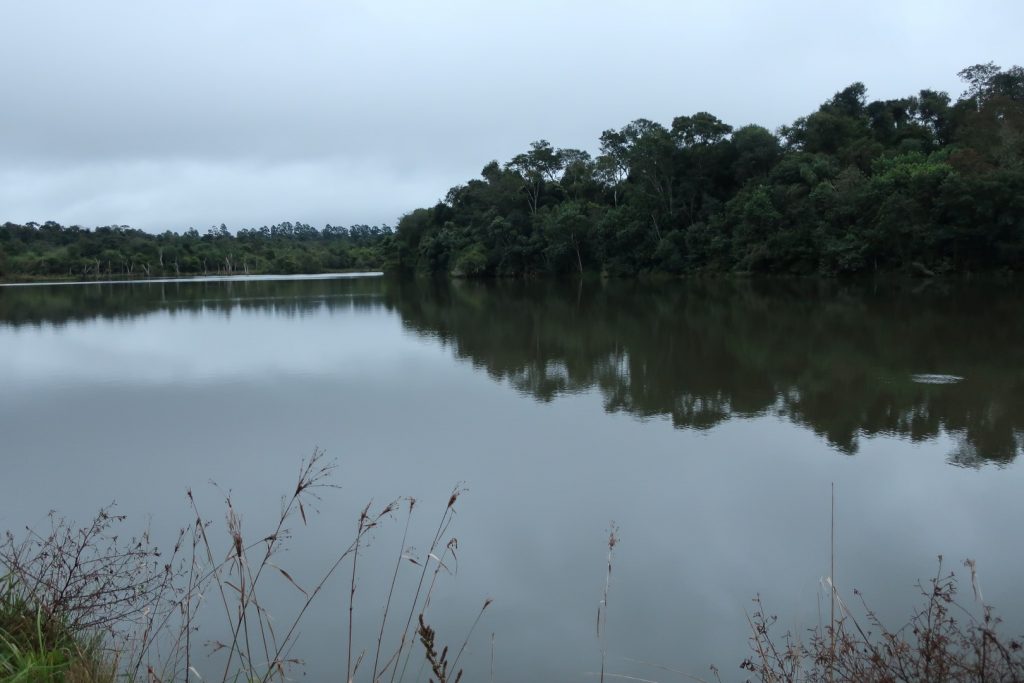 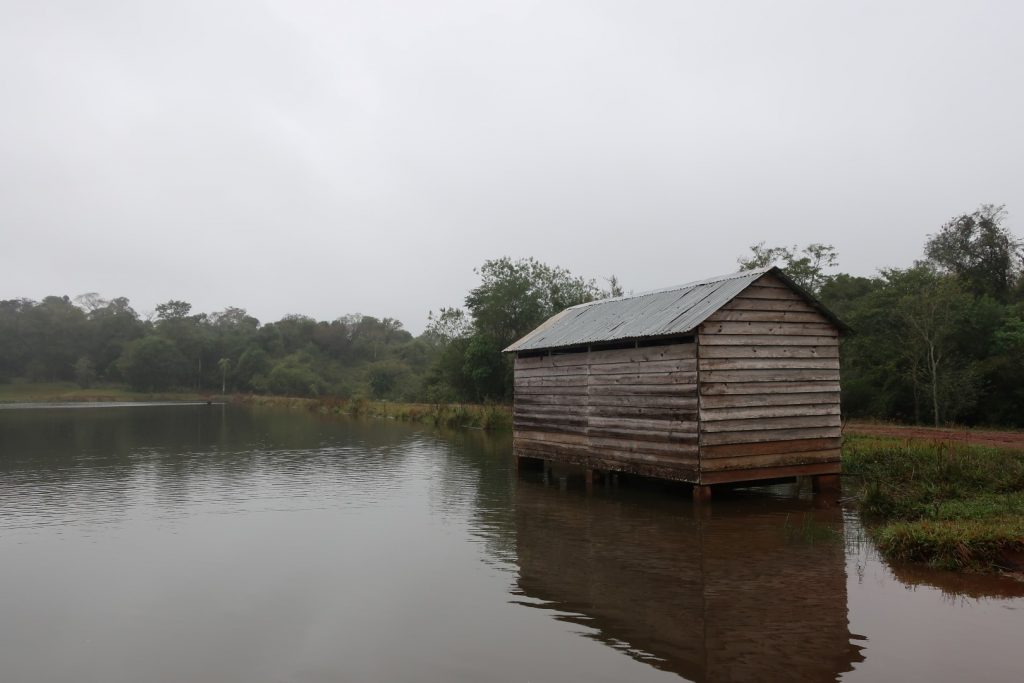 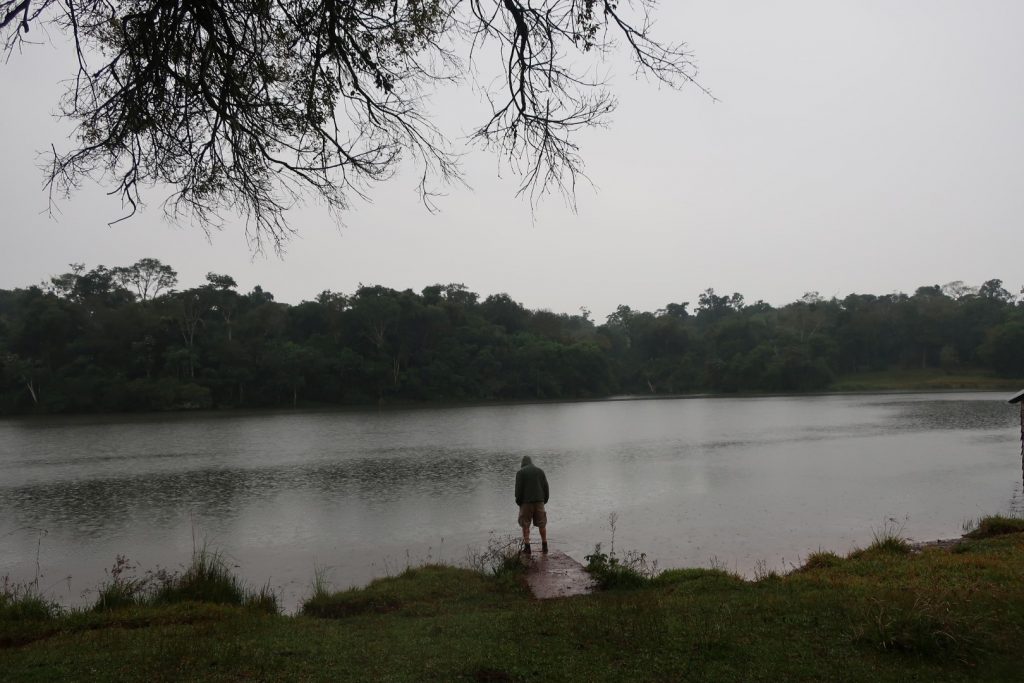 If you are interested in helping to save this piece of rainforest and give it a chance to grow again, we would be very happy if you would support Pro Cosara.

It was awe-inspiring how much commitment Pro Cosara puts into the rainforest, so whoever has some spare change could help these great people to save the atlantic rainforest.

From the rainforest to Asunción

Our last stop in Paraguay was Asunción, where we met a lot of nice paraguayan people and we visited the beach where you could see a skyline almost as nice as New Yorks 😀 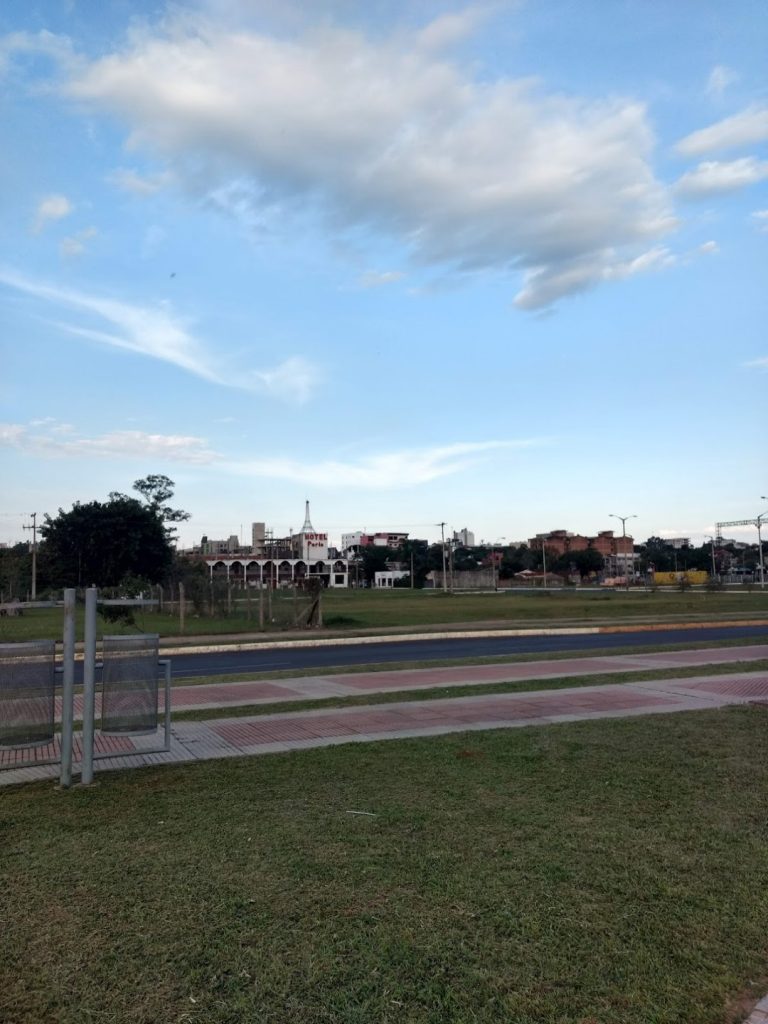 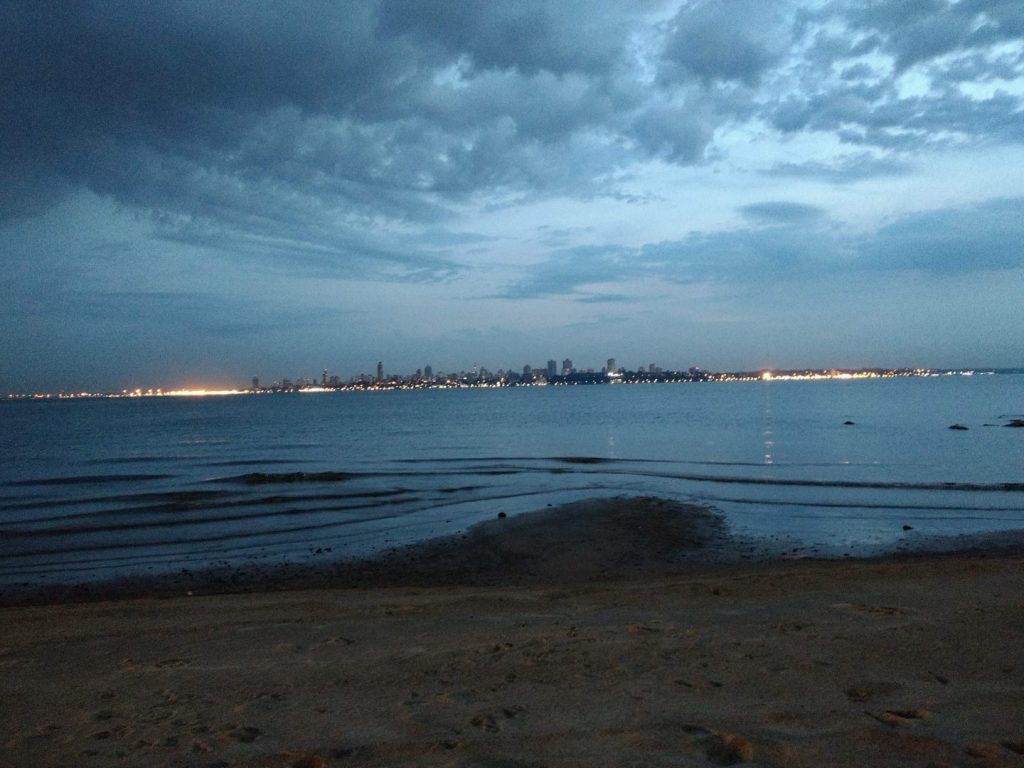 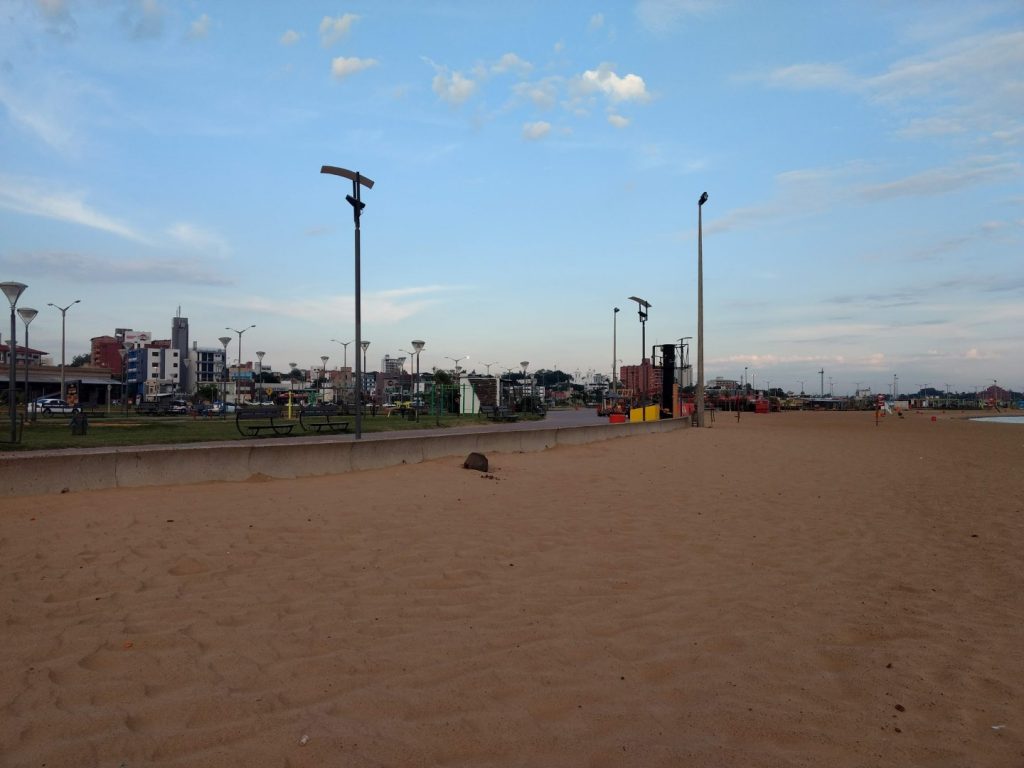 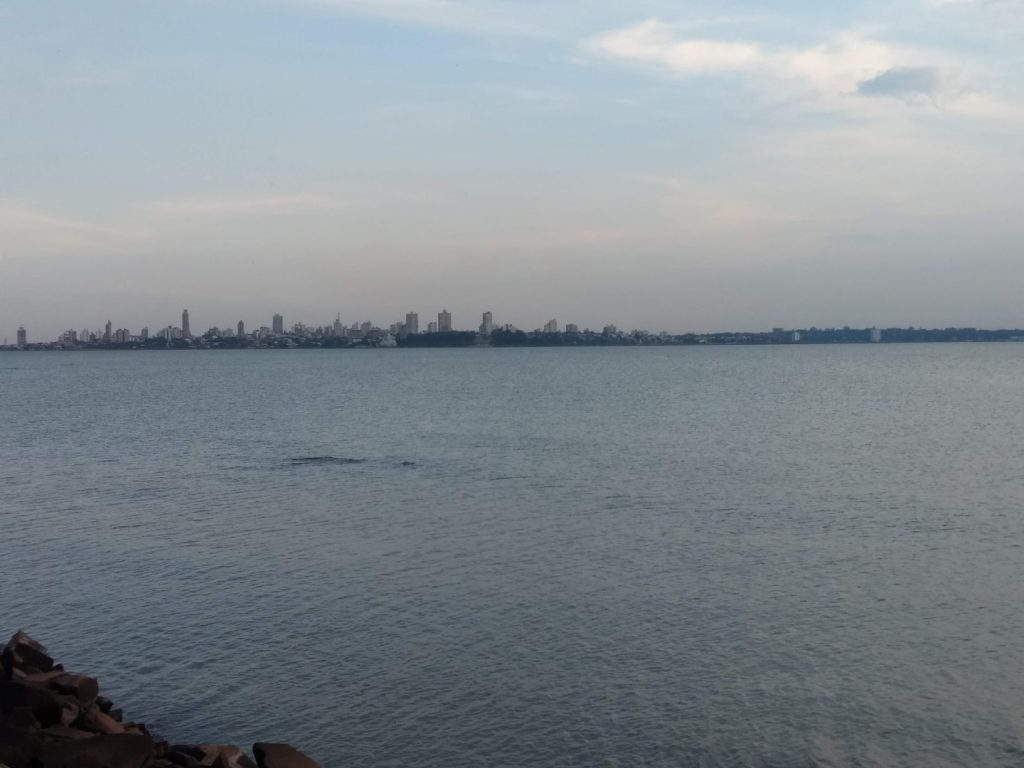 I also found this gem of a kindergarden, I just loved the exterior 🙂 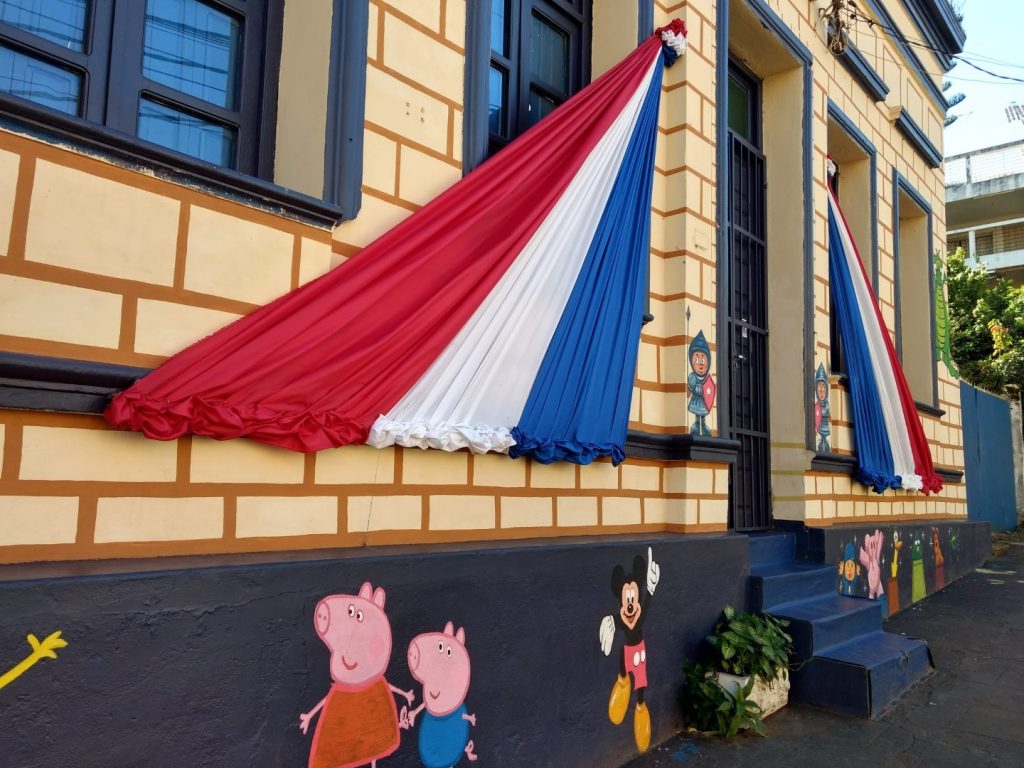 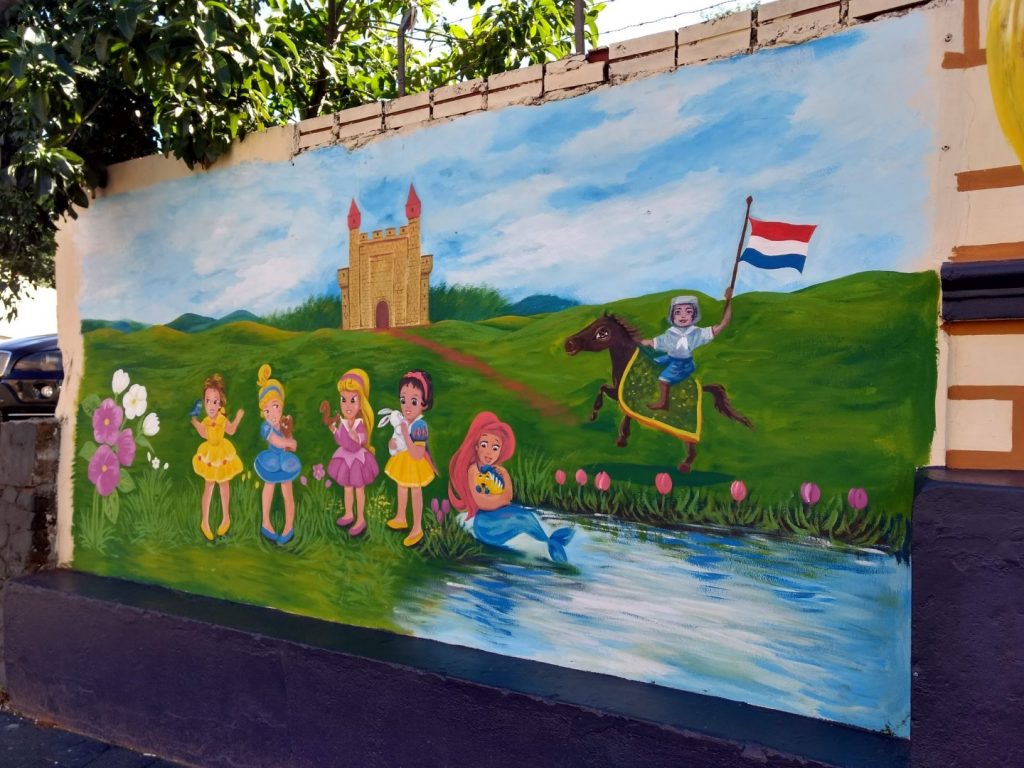 We had a lot of fun in Paraguay and will surely visit again with more time, since the people were very friendly and the nature was amazing.